The Texas legislature has passed a new law raising the minimum age for legal stripping in the state to 21.

The bill, SB766, was approved today and its language states that it relates to “sexually oriented businesses, including a requirement to participate in the federal electronic verification of employment authorization program, or E-verify, and [restricts] the age of persons employed by or allowed on the Stripping premises; creating criminal offenses.”

The bill, approved with bipartisan support, had been lobbied by the group Operation Texas Shield, a nonprofit that targets what they call “human trafficking,” and had been one of the moving forces behind SESTA-FOSTA.

Language deployed in support of the bill concerned repeated appeals to “protect the children,” and steadily erased the distinction between adults 18-21 and actual minor children.

Several reports indicate that many Texas Stripping clubs had recently started firing anyone under 21 — including survival sex workers — in preparation for the passing of this law. 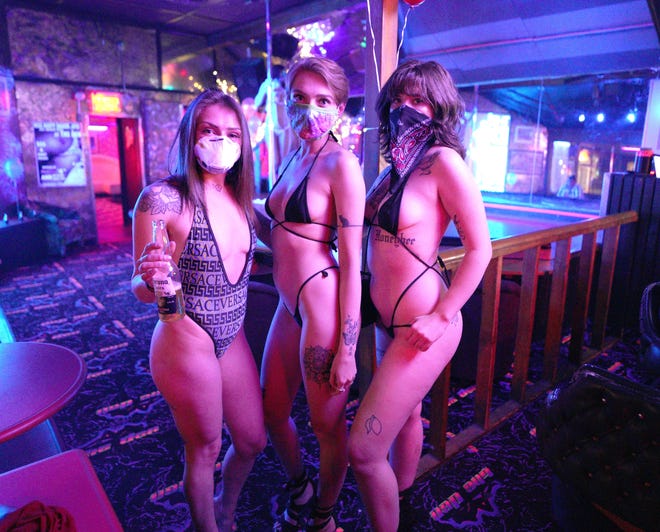 Operation Texas Shield was quoted last month in a piece clearly in support of the measure broadcast by ABC affiliate KVUE.

“The stripping clubs are complicit in cooperating with traffickers,” Clark claimed.

The official Operation Texas Shield Facebook page contains a tirade lambasting a conservative legislator for questioning the group’s definition of 18-21 adults as “children.”

The bill’s main advocate in the legislature, State Rep. Tan Parker (R. Denton County), told the TV station that, “throughout [his] service as a state representative, protecting children is the bedrock of [his] legislative purpose.”

“If Texas is going to eradicate the horrors of sexual abuse, we must be relentless in our efforts to prevent it from ever occurring,” he continued. “It might come as a surprise that minors are allowed on the premises of a sexually oriented business. I want to change this for our state, and more importantly, our children who deserve to be protected and given the promise of a bright future.”

The campaign to raise the legal age for Texas strip clubs consistently spoke of “children” and “human trafficking,” when referring to 18-20-year-old adults, including those freely consenting to the job.

Many legal-age entertainers during the pandemic were prevented from working at adult venues, seriously jeopardizing their livelihoods, and had looked forward to a return of feature dancing gigs at live venues, including those in Texas.