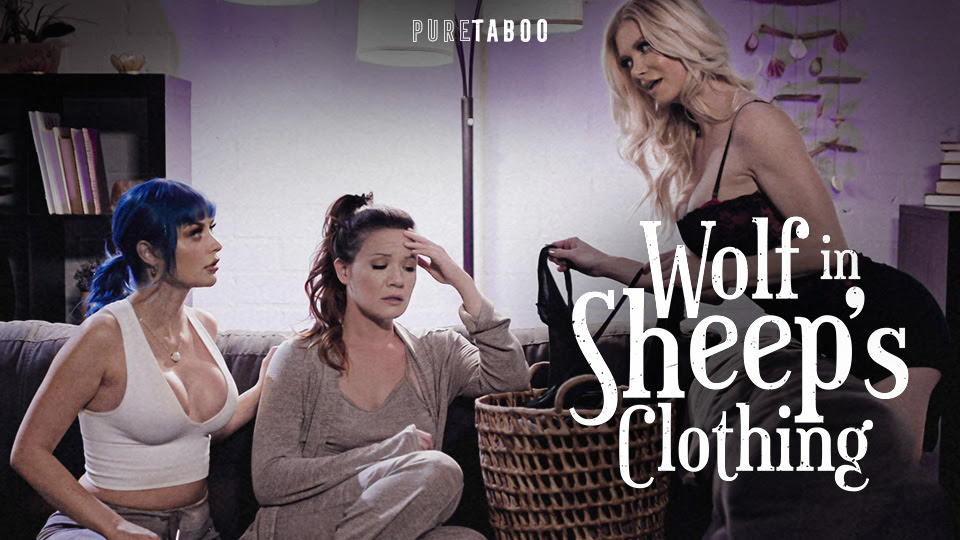 (Montreal, QC / November 25, 2022) — Danger often comes in pretty packages, which Adult Time studio Pure Taboo exquisitely brings to light in its newest duplicitous scene, Wolf in Sheep’s Clothing – ready and waiting to pounce today!
.
Serene Siren plays a charming building manager who is as devious as she is beautiful – especially upon renting her loft to the captivating Jewelz Blu and her girlfriend (Alison Rey). When things start to mysteriously unravel for the girlfriend and she has to leave, the door is wide open for the landlady to finally make her move on Jewelz…
.
“This day was absolutely dreamy as I’ve been wanting to be paired with Jewelz since day 1! I can’t believe how long I had to wait to finally get a chance with Jewelz Blu. The fact that it was for Pure Taboo made it even more cool, because I knew we would have plenty of build up in anticipation as we did our acting for the day,” said Siren. “Sure enough, when it came time to play, it was absolutely everything I wanted and more. I’d love many more opportunities with this beauty!”
.
“Sidenote, even though I love my mommy roles, it was great to do a taboo scene that didn’t involve family roleplay. Instead, I was a lesbian landlady, helping out this cute honey despite her being the girlfriend of my renter Alison Rey. Devilish deliciousness ensued that surely you’ll want to view *wink*”
.
Pure Taboo and Adult Time members can find Wolf in Sheep’s Clothing at PureTaboo.com and the AdultTime.com network, where members enjoy access to more than 61,000 premium scenes, 360 channels and 8 new releases per day – of the Adult Time network’s award-winning brands.
.
About Pure Taboo:
Launched in September 2017, Pure Taboo is the leading taboo erotica studio in adult, including over 400 featurette episodes available on the Adult Time platform. Created by award-winning filmmaker Bree Mills and promoting the tagline ‘some taboos are meant to be broken’, Pure Taboo features the most popular and up-and-coming performers in adult today, challenging themselves to bring acting and sexual performances in a way viewers have never seen before.
.
About Adult Time:
Launched in 2018, Adult Time is a streaming service exclusively for adults.  Created by award-winning filmmaker Bree Mills, who also serves as Chief Creative Officer, Adult Time is a platform built by fans that believe in a future where mature audiences can safely, securely, and proudly have a place in their lineup for premium adult content.
.
Dubbed the ‘Netflix of Porn’ by mainstream media outlets, Adult Time offers an extensive catalog of more than 360 channels, 61,000 episodes and 8 new releases per day from some of the most recognized studios, including Girlsway, Pure Taboo, Burning Angel, Fantasy Massage, 21 Sextury, and Vivid Entertainment, alongside exclusive original series, feature films, and much more.
.
For more information, please visit:
http://www.puretaboo.com
http://www.adulttime.com
.
Follow on Twitter & Instagram:
@puretaboocom
@adulttimecom
@thebreemills 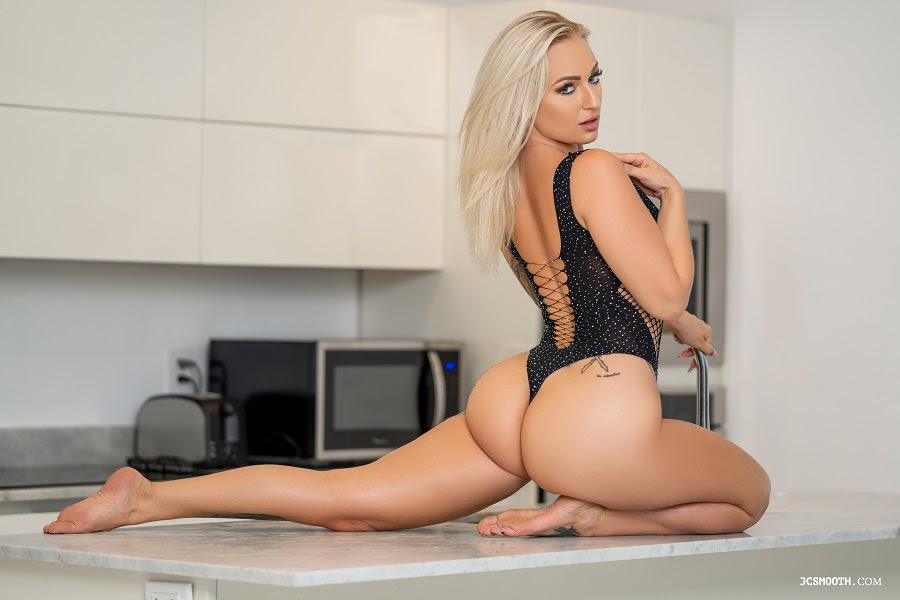 (Los Angeles, CA / November 25, 2022) — Coxxx Models is proud to introduce a brand-new starlet to the industry, Elana Bunnz a.k.a. E Bunnz, who recently signed a deal with the adult agency for exclusive representation.
.

The all-natural buxom blonde, who started her career as a glamour, swimsuit/lingerie and Playboy model, made her onscreen debut for NetVideoGirls on the Casting Couch and got on the bus with Bang Bros a few weeks back. Fans can also find her in newly-completed scenes for James Harden VIP and Mandingo Club, and Bunnz is currently available for booking locally in the Miami/South Florida area.
.
“I am loving every minute of this journey so far, and having so much fun with it… I’m excited to see where it takes me!” enthused Bunnz of her first steps as a studio performer. “I love seeing my fan base grow daily; the fans are really what keep me going and one of the main reasons I love doing what I do.”
.
Bunnz is available to shoot Stills, Fetish, Solo, FJ, HJ, BJ, B/G, Facial, Swallow & Bukkake productions, with booking information on her official CoxxxModels.com portfolio page. For more information, find her at Linktr.ee/Ebunnz.
.
ABOUT ELANA BUNNZ / E BUNNZ:
Ohio native Elana Bunnz, better known to fans & friends as E Bunnz, is a popular Florida-based glamour model and content creator who is expanding her brand this year to include studio shoots as an up & coming adult film performer.
.
The blonde, blue-eyed all-natural beauty has always aspired to strike a pose in front of the camera, and the starlet, who grew up in a leafy suburb of Cleveland, Ohio taking part in youthful activities such as cheerleading and wrestling, found her career calling at Ohio University, where she studied Health Care “with a minor in partying,” she says. “College was the place I let loose and found my slutty alter-ego.” She worked as a bartender for several years while picking up part-time modeling jobs and building up her name in the industry.
.
Bunnz saw her star rise in March 2020 with the release of her first high-profile pictorial for Playboy Magazine in South Africa, with spotlight spreads in Playboy Sweden, Denmark and Australia as well. “Being featured in Playboy was one of my favorite accomplishments, because it was a longtime dream of mine, and  it kick-started my career as a full-time model, content creator and performer.” In December ’21 she moved to Miami and eight months later signed to Coxxx Models to make her mark in adult film. In her free time, “you can find me relaxing on my balcony with a blunt or traveling to a tropical beach somewhere!”

Los Angeles, CA – Internet porn directory ThePornDude has announced the launch of PDCams.com, a live porn aggregator offering a huge selection of webcam models, naughty chats and private shows.
.
PDCams.com gives fans the opportunity for users to browse and watch live cams from over a dozen popular platforms, including Stripchat, Bongacams and Chaturbate. Users can tune in at any moment and take their pick from tens of thousands of sexy camgirls, hot couples, hunky dudes and trans performers.
.
“We’re thrilled to be offering webcam enthusiasts an unprecedented level of choice,” says Geoffrey Celen, co-founder of ThePornDude. “The whole idea behind ThePornDude.com was to help consumers find exactly the type of masturbatory content they’re into. PDCams.com is an extension of that goal, and I know the fans are going to love it. Whether you’re into cosplay chicks, traditional adult film stars, kinky fetish models or something else entirely, you’ll find them on PDCams!”
.
The new webcam aggregator joins other projects such as PornDudeCasting, BestPornGames and MyGaySites under the PornDude brand, complete with the mascot’s image in header. In addition to all of the cam sites listed above, PDCams.com currently aggregates webcams from CamSoda, LiveJasmin, Jerkmate, Xlove, Amateur.tv, ImLive, Cams.com, CamSoda, Cherry.tv and XCams.
.
For more, go to https://pdcams.com/
.