AEBN, the Adult Entertainment Broadcast Network, has revealed the popular searches across the network for July and August in all 50 states and the District of Columbia. 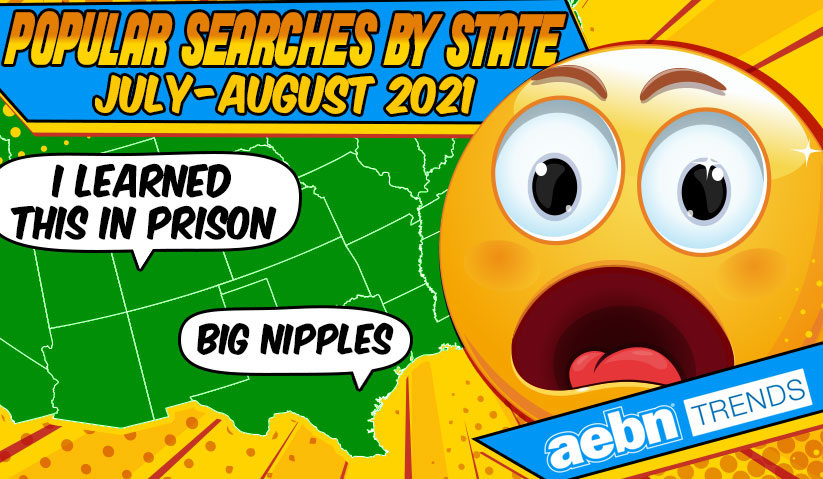 On the straight theater, many breast-obsessed viewers were searching out Gabbie Carter in Indiana, Valentina Nappi in Maine, “big nipples” in Montana, “natural tits” in Massachusetts, and Lena Paul in Virginia. Teens also rose the ranks with searches for teen-centric studios and series Abby Winters in Idaho, “atk kingdom” in Louisiana, and “spring chickens” in Wyoming.

Meanwhile, gay theater searches indicated a trend toward non-professional performers, with Amateur Straight Guys showing popularity in both California and Kansas, while “amateur dad” was big in Connecticut. People also sought out a few good men as “Active Duty” was popular in Oregon and West Virginia and “All American Military” was hot in Nevada. 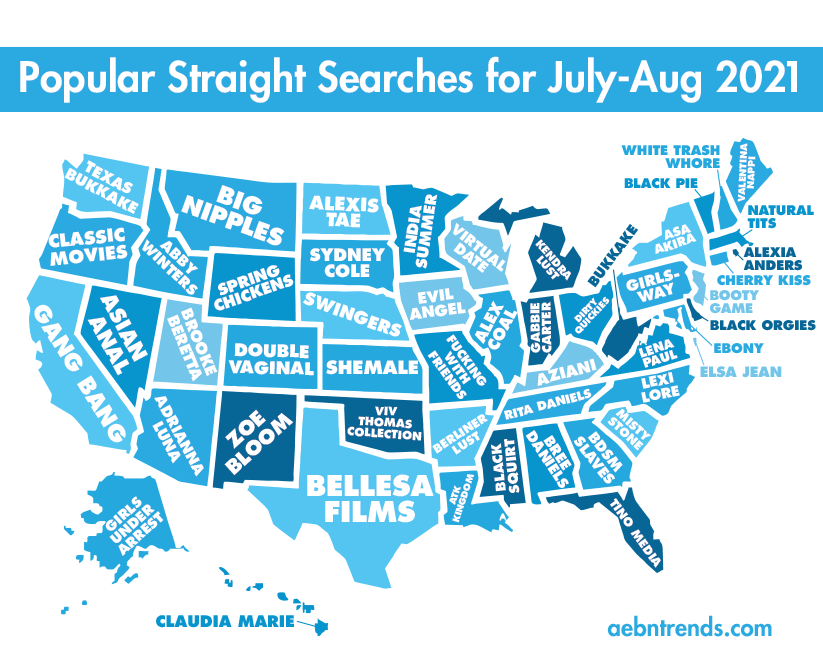 See the post at AEBN Trends with infographics here.

Vixen Media Group, the leader in luxury adult entertainment, today announced the exclusive debut of Psychosexual. In collaboration with three-time winning AVN Director of the Year Kayden Kross and multiple award winning performer and Vixen Angel Gianna Dior, the new feature length film represents the company’s biggest crossover project to date and will be released as a five-part story across its network of renowned sites — Blacked, Blacked Raw, Tushy, Vixen and Deeper.
. 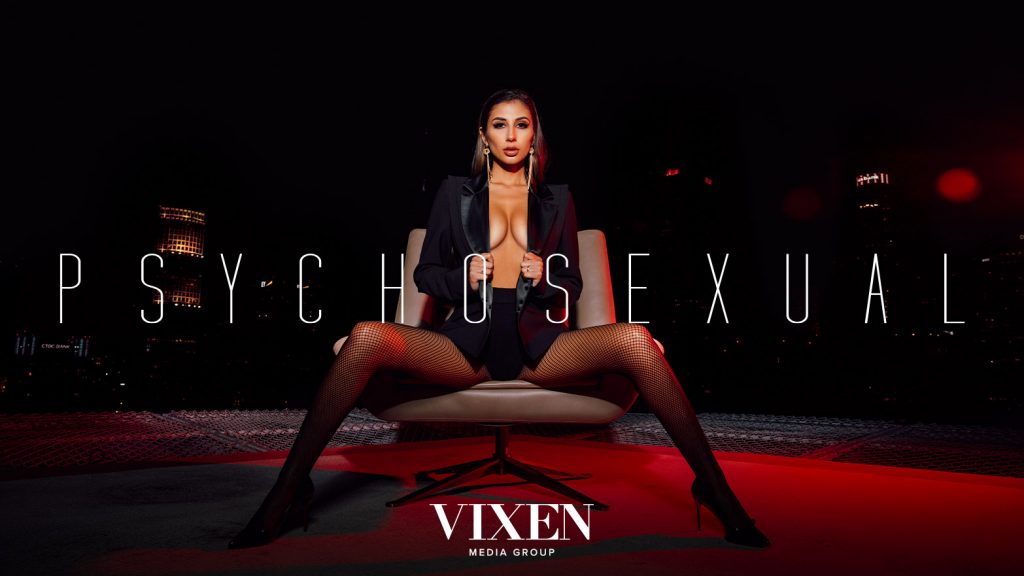 “Psychosexual has been a true passion project tailored wholly around Gianna and we’re thrilled to release this five-part series to our fans who crave exclusive, high end adult content,” said Kayden Kross, Director at Vixen Media Group. “The idea for the film was born the day Gianna told me a story about a sex therapist who had been cuckolding her husband and we immediately knew we had something very special. We combined the story with details of Gianna’s life and wanted to captivate audiences with raw performances — from conception to completion, everyone did a masterful job of bringing this vision to life with Hollywood style production”
.
Psychosexual follows a young woman across the span of a decade as she grapples with her sexual compulsion and the damage it wreaks on her relationships. The screenplay has been meticulously plotted as a joint effort between Kross and Dior. From writing to production, the two bold women collaborated on every part of the film and dug through books, movies, songs, personal anecdotes for inspiration to bring unique characters to life on set for blazing sexual performances.
.
“My experience working with the creative team at Vixen Media Group and a visionary like Kayden has been incredible,” said Dior. “This film is a milestone project for me professionally and is even more meaningful because the story includes details from my personal life. It’s not just sex — it’s risky, raw and passionate. Viewers should turn off the lights and close the door for an unforgettable experience.”
.
The new film features Gianna as the lead and an all-star cast that includes adult entertainment’s elite, such as Avery Cristy, Mick Blue, Oliver Flynn, Rob Piper, Jax Slayher, Troy Francisco and Manuel Ferrara. The exclusive scenes will be available for streaming on Blacked Raw, Tushy, Blacked, Vixen with a grand finale on Deeper. Viewers can watch the full feature by joining Vixen Media Group’s six-site package.
.
Be sure to follow Vixen on Twitter or Instagram for regular updates. To learn more or watch the SFW Psychosexual trailer, visit vixengroup.com
.

Evil Angel has signed on as presenting sponsor for the episode.

“He’s highly charismatic — when Rocco walks into a room, all eyes follow him. His legion of fans know that he brings genuine ambition and the highest standard of quality to everything he does,” Kelley added. “If they could meet him, they would know that Rocco’s biggest attribute is his heart.”

A rep noted Siffredi will “discuss his illustrious career as being one of the most recognizable male performers of all time, his many crossover movie projects which have included multiple titles on Netflix, major endorsement deals with brands such as Durex, Amica Chips and Sixt Rent-a-Car and his life outside of the adult industry.”

Audience members will have the opportunity to pose questions during the show and participate in giveways of Evil Angel swag; in addition, free seven-day memberships are being offered to EvilAngel.com and RoccoSiffredi.com.

“I have a wild life that has included a lot of sex and amazing stories. I’m excited to share my experiences and adventures with listeners,” Siffredi said.

Earlier this year, the program was among the recipients of the inaugural Clubhouse “Creator First” accelerator program; direct inquiries to pr@agencybardo.com.