Valentina Bellucci Takes Flight to Miami for a Summer of Shooting May 12, 2022

Valentina Bellucci Takes Flight to Miami for a Summer of Shooting 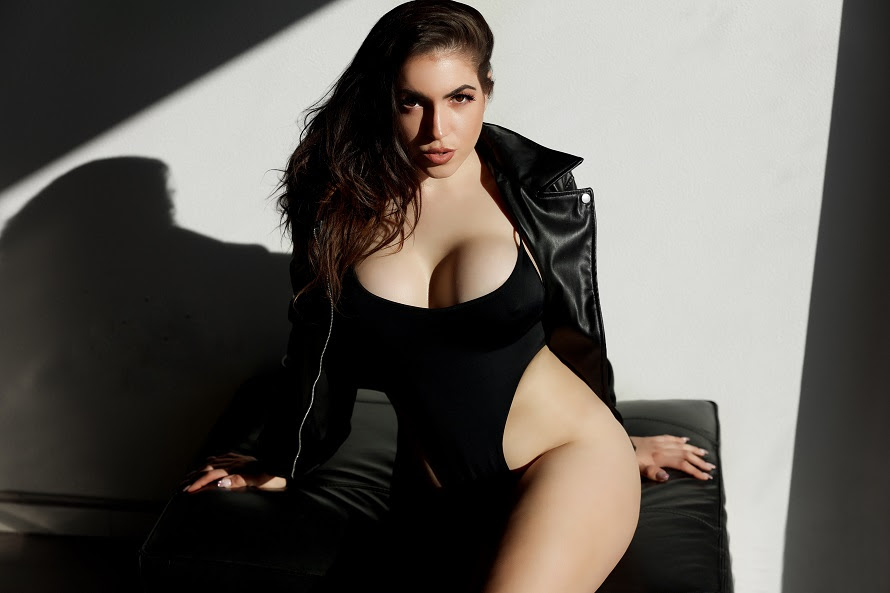 (Las Vegas, NV / May 12, 2022) — Adult film temptress Valentina Bellucci is prepping for a long, HOT summer shooting a string of studio film projects and self-produced content for OnlyFans and her StepHouseXXX.com imprint, starting with a weeklong trip to Miami June 1-7.
.
“We have been so incredibly busy since launching Step House in November, but we are buckling up for quite a ride this summer with back-to-back shoots, and I couldn’t be more excited about our upcoming productions,” she said. “I will be primarily focusing on creating my own content, but I am also available for booking any local shoots or media opportunities that may come up during the week.”
.
The star is also scheduled to shoot two scenes in Miami with performer/filmmaker Josh Stone for StepHouseXXX and JoshStoneXXX. “Josh is actually quite well-known in South Florida as a respected producer/director, so I am really excited to shoot my first-ever BBC scene – then my second-ever BBC scene! – with someone so talented and supremely, ah… gifted. I CAN’T WAIT!”
.
Stone is equally enthused about the shoot, saying that “Valentina is one of the rising stars in this business, and I’m thrilled to have the opportunity to work with her. I’m sure the fans will appreciate what we are hoping to create.”
.
Bellucci also recently sat down for an exclusive podcast interview with Adult Empire for its YouTube channel, set to drop in the coming days. “I really enjoyed talking about my new projects and reflecting on my career, and this interview will give fans the chance to get to know me a little better.”
.
Find and follow Valentina Bellucci and her studio Step House at:
Twitter.com/MrsValentinaXXX
OnlyFans.com/mrsvalentinaxxx
StepHouseXXX.com
Twitter.com/StepHouseXXX
ValentinaBellucci.manyvids.com
Pornhub.com/pornstar/valentina-bellucci
allmylinks.com/valentinabellucci
xvideos.com/pornstar-channels/valentina_bellucci
.
ABOUT VALENTINA BELLUCCI:
Italian star-on-the-rise Valentina Bellucci is a bright new talent with an eye on making a name for herself as a respected performer, producer, content creator and studio head for Step House (stephousexxx.com), a brand new erotica imprint and website that highlights the works of adult’s newest amateurs alongside its biggest stars.
.
Growing up, Bellucci lived in the southern Italian region of Sicily and regularly moved around the U.S. and Europe; she has always considered herself a sexual person who dreamed of one day performing, producing and directing erotica, and gained some early experience as a music video producer while still in Europe before settling permanently in the U.S. – she currently resides in Las Vegas – more than 10 years ago.
.
In 2020, Bellucci began shooting solo content for adult clip sites as a means of making extra money, and found that she could express herself creatively on her own terms. In early 2021 she started shooting for the industry’s top studios before launching Step House in November.
.
In her free time Bellucci, an avid fan of the outdoors, can be found in the mountains and deserts of Nevada and California hiking, skiing or off-roading along the winding trails seeking adventure with her two favorite companions, a French bulldog and Cane Corso mastiff.