Cindy Starfall Reveals Her Dominant Side with Crackling New Platform, ‘Queen Starfall’ May 10, 2022May 10, 2022 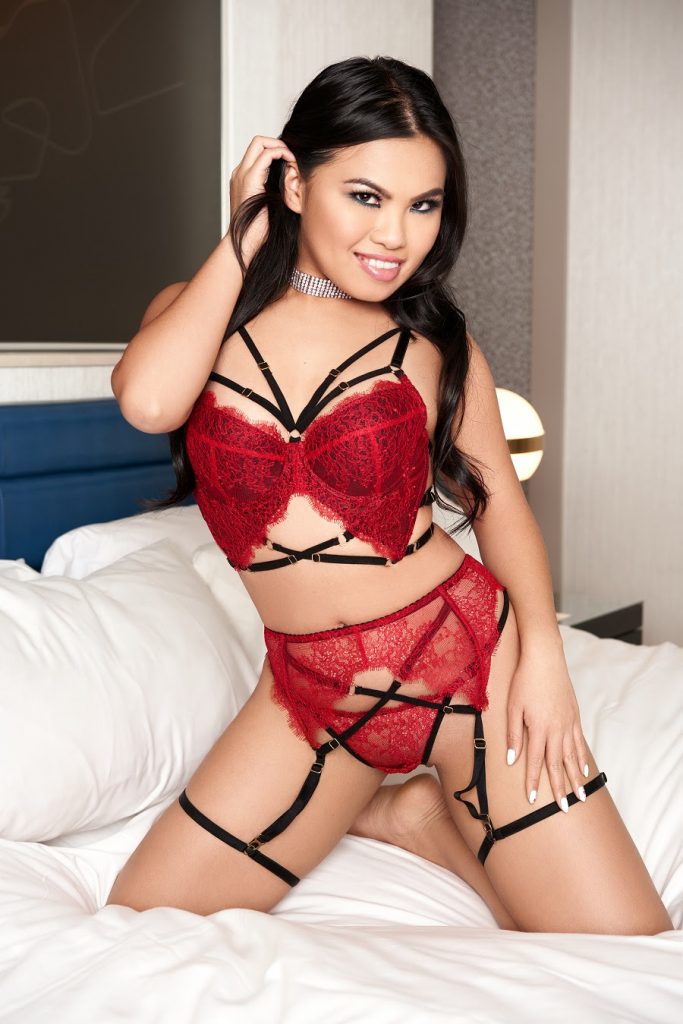 (Los Angeles, CA / May 10, 2022) — Adult film queen Cindy Starfall is celebrating 10 successful years in the business by making her royal title official with the highly-anticipated launch of her new femdom platform, Queen Starfall, through the Fansly.com subscription service.
.
The petite onscreen dynamo, who has built a stellar reputation as one of the industry’s most-wanted submissive stars, is switching gears – as a switch in bondage gear – to indulge the fetish fantasies of slaves, cucks and loyal fans who have long dreamed of serving under Starfall’s authoritative command.
.
Starfall’s new site consists of three tier classifications for fans: Basic Slave, Super Slave and Being Owned. A Slave can join the site, complete an assigned task and order custom videos, a phone call or Skype session with the star, and fans who purchase the highest tier are awarded with a special dog tag that boasts ‘Property of Queen Starfall’.
.
“Even though most people know me as submissive, I felt like it was the right time to express another side of myself to fans in a more dominant role as Queen Starfall in addition to ‘Submissive Cindy’ on my OnlyFans page,” she explains. “It also offers fans the opportunity to enjoy a range of content they don’t normally see on my other platforms, as well as a new creative outlet for me. It’s a win all around!”
.
To learn more, find and follow her at:
CindyStarfall.net
Twitter @cindystarfall
OnlyStarfall.com
Instagram @cstarfall
Fansly.com/QueenStarfall
YouTube: Youtube.com/CindyStarfalll
Allmylinks.com/cindystarfall
Sextpanther: textcindystarfall.com
.
ABOUT CINDY STARFALL:
The Good Girl-gone-Bad Girl story is as old as time, but adult film megastar Cindy Starfall’s jaw-dropping tale just might be one for the history books. The Vietnam native of Thai, Chinese and Vietnamese descent grew up isolated under strict parental rule, home school sessions and no social life. “It felt like living in a prison,” she recalls. Starfall got her first taste of freedom at 15 as a U.S. exchange student, but it was going away to University at 18 that changed her life forever: “I discovered SEX!”
.
Starfall entered the adult industry in 2012 and instinctively knew she had found her calling. “I’m a sexual person, and in Vietnam you are looked down if you express your sexuality in any way. Here in the U.S. I can express myself, embrace my body and power as a woman and be financially independent as well.” The star has since been nominated and awarded for her many achievements over the years from titans such as AVN, XBIZ, XRCO, NightMoves and Urban X, which inducted her into its Hall of Fame in 2020.
.
In addition to her onscreen talents, Starfall is also an entrepreneur who has launched a men’s T-shirt line, marketing agency and boasts an expanding real estate portfolio to ensure her future success outside of the industry. These days, her goals are a bit more personal: “I want to inspire and empower those with similar stories to find their bliss like I’ve found mine. I am so happy and grateful to have supportive fans, recognition from my professional peers and financial freedom doing something I truly love. After all, what is the point of this life if you aren’t enjoying it to the absolute fullest?”