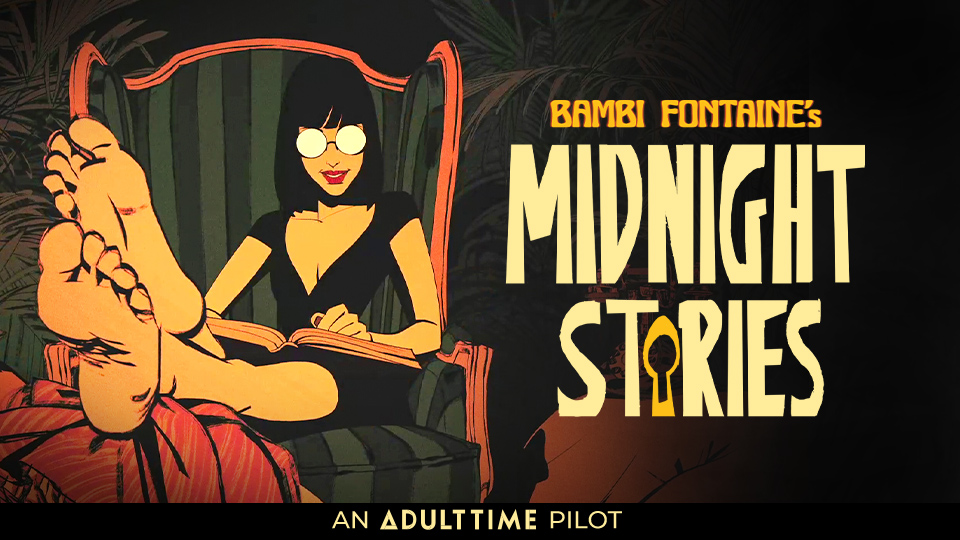 .
“Being a storyteller of sex stories is a field of exploration of my erotic imagination, a unique opportunity to share certain obsessions and mental images which, carried by my drawings, come to life in a very personal, almost indiscreet form,” said Bambi of the project. “It’s an invitation into the privacy of my little pornography.”
.
Bambi Fontaine expertly uses the advantages of animation to offer a cohesive, cooler-than-cool look while exploring different genres and themes: in a movie theater, 16th century France, the Wild West with big guns blazing – even in outer space – treating viewers to a new take on sex representation that’s erotic, tasteful and goes where live-action series cannot.
.
Watch The Trailer…
Adult Time has also teamed up with Bobbypills.com to distribute Peepoodo & the Super Fuck Friends, which boldly explores sexuality in all of its forms without taboos that is unrestrained and ignores prejudices… culminating into one single message: tolerance.
.
Bambi Fontaine’s Midnight Stories is available at www.midnightstories.com and on the Adult Time streaming network, home to the most extensive catalog of award-winning content – with access to over 290 channels, 56,000 episodes and 8+ new releases per day – all in one subscription.
.
About Adult Time:
Launched in 2018, Adult Time is a streaming service exclusively for adults.  Created by award-winning filmmaker Bree Mills, who also serves as Chief Creative Officer, Adult Time is a platform built by fans who believe in a future where mature audiences can safely, securely, and proudly have a place in their lineup for premium adult content.
.
Dubbed the ‘Netflix of Porn’ by mainstream media outlets, Adult Time offers an extensive catalog of over 290 channels, 56,000 episodes and 8+ new releases per day from some of the most recognized studios, including Girlsway, Pure Taboo, Burning Angel, Fantasy Massage, 21 Sextury and Vivid Entertainment alongside exclusive original series, feature films and much more.
.
For more information, please visit:
http://www.adulttime.com
.
Follow on Twitter & Instagram:
@adulttimecom
@thebreemills
For More Unusual Adult movies, visit Sssh.com – Click Here