.
The episode—“How Will My Blind Date React to My Vitiligo?”—introduces Bailey Ramirez, a model, barber and single mother to three young children, with a skin condition called vitiligo, which causes white patches of skin all over the body due to the loss of skin pigment cells.
.
During the date between Ramirez and Gray, they find common ground through their appearance; the heavily-tattooed Gray notes that “with most people, they’re like ‘I need to get tattoos in order to look different and stand out … this happened to you naturally. It’s a gift—that’s how I see it.” 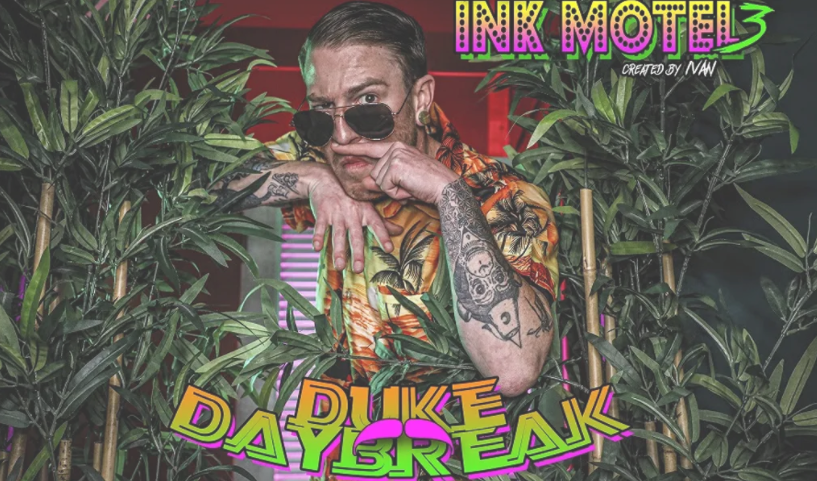 .
He informs Ramirez that he works in the adult industry, so is well aware of societal judgment: “It’s very hard for me to explain to a female that I’m a normal dude … they’re going to make assumptions about you without knowing who you really are.”
.
The date goes well, with Ramirez remarking that “I felt like I was talking to somebody who got it, like, ‘You GET it … the highlight of the day for me was just being able to connect with somebody on that level.”
.
Added Gray, “I think the industry gets some backlash on the idea that we don’t care about love or connection; it’s really hard to tell people you work in the adult film industry. If I can have a connection with someone, it shouldn’t matter what kind of lifestyle one leads. Love is love.”
.
Gray, who stars in Ink Motel (as Felix) and Ink Motel 2 (as Duke Daybreak), can be seen in the upcoming Ho Hunters as Dangle Daybreak, Duke’s tattoo-free twin brother. To find him on social media, visit his Twitter @TattooJosh666 and Instagram @joshua-gray87.
.
To watch “How Will My Blind Date React to My Vitiligo?” go to Truly’s YouTube channel.
For more Alt Erotic, visit AltErotic.com and follow on Twitter @alterotic and Instagram @alt.erotic.