(Los Angeles, CA / December 15, 2020) — Maitland Ward is the proud owner of her first-ever Fleshbot Award for Best Social Media Personality, honoring her creative achievements as an online entertainer this past year.
.
“Thank you from the bottom of my heart to the fans who voted for me – and to Fleshbot for regularly supporting me on your site – making it possible for me to bring home this Fleshbot Award trophy,” said Ward. 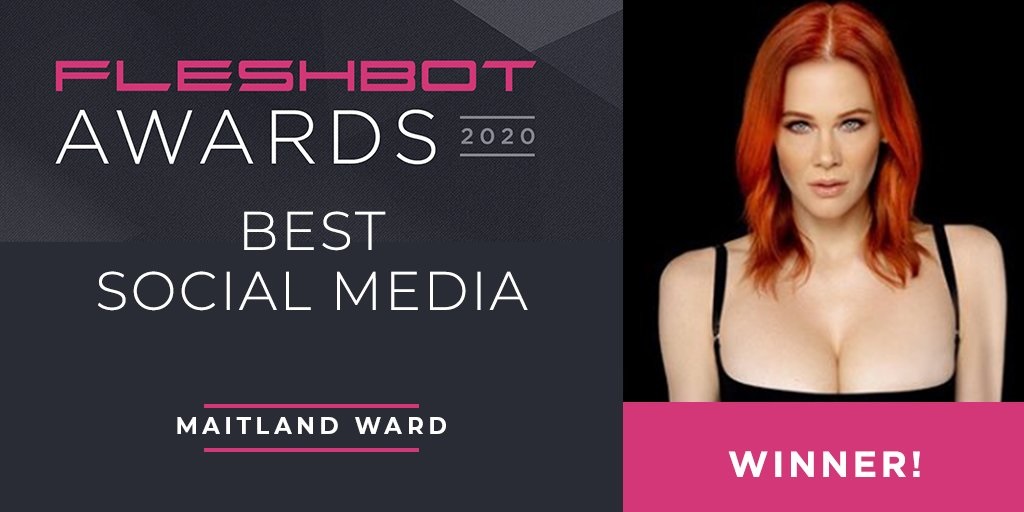 .
Ward’s status as a social media superstar and influencer is unparalleled. The fiery redhead, whose racy cosplay costumes are seared into the forever consciousness of her devoted fans, boasts more than 1.4 million Instagram followers, nearly 448,000 Twitter followers and is in the top .02% of all OnlyFans accounts worldwide, with 28,000 paid subscribers.
.
“Through the modern miracle of social media, I’ve been able to make some great friends, experience some amazing moments and launch an exciting new career,” said Ward. “I enjoy expressing myself in front of others, and I’m really happy that so many people enjoy what I do.”
.
To learn more about Maitland Ward, find and follow her at:
Twitter.com/maitlandward
Instagram.com/maitlandward
OnlyFans.com/maitlandward
Patreon.com/maitlandward
.
ABOUT MAITLAND WARD:
Southern California-born and bred Maitland Ward has quickly become one of the fastest-rising stars in adult entertainment, after an-already successful career as an American model, actress and cosplay personality. The star, who joined the cast of Bold and the Beautiful as a teen and found fame as Rachel McGuire on the beloved ABC sitcom Boy Meets World, jumped headfirst into shooting adult films in 2019 without much persuasion.
.
The statuesque (5’10”) all-natural redhead is unique in that not only is she beautiful and built for the porn biz, Ward’s talent as an actress means she can also carry dramatic and comedic scenes with ease. Her playful energy, professionalism and open sexuality got her an exclusive performance contract with worldwide brand Vixen Media Group and in 2020 the star won three AVN Awards for Best Supporting Actress and Best Three-Way Sex Scene-G/G/B for her work in Deeper mega-hit feature Drive, as well as Favorite Camming Cosplayer.
See more Adult Movies Like This at Wasteland.com – Click Here