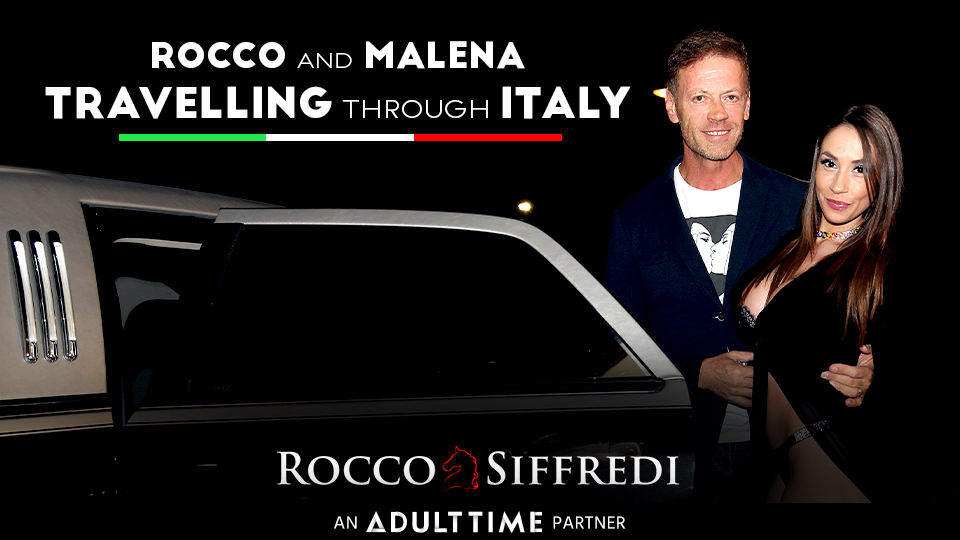 .
“This movie was made as a tribute to one of my best-selling movies in Italy, Rocco, Ti Presento Mia Moglie, shot 23-24 years ago with real couples… but this time I am doing this trip with Malena, a huge star in Italy, where I discovered her about five years ago,” said Siffredi.
.
“This title will definitely be a huge success again; the atmosphere is really exciting, because we are not dealing with any professional actors… it’s real people, real couples, real swingers’ clubs – shot mostly throughout northern, central and southern Italy.
.
Siffredi and Malena start the journey in a limousine headed to one of their clandestine events, where they are honored in a private masked celebration. “There is a different kind of sexuality that comes out in each of our trips, nothing was planned so it’s really the way it came out,” adds Siffredi.
.
“The purpose of these incredible trips is to film the amateur experience, keep this whole project amateurs-only… the whole trip was exciting for Malena and me, we had so much fun!”
.
Episode 2, Rocco’s Limo Full Service, is set for release February 27; Episode 3, Welcome to Certe Notti is out March 5, Episode 4, Orgy by the Pool, will premiere March 12; Episode 5, Deep Throat Coronation, streets March 19; Episode 6, Private Club Orgy goes public March 26, and Episode 7, La Maison de L’Amour, comes out April 2.
.
To learn more about Rocco Siffredi’s new series, find the trailer at RoccoSiffredi.com and visit AdultTime.com and access the full library on the Adult Time specialty digital platform – over 60,000 scenes, 200 channels and 5+ new releases per day – of the network’s award-winning brands.
.
About Adult Time:
Launched in 2018, Adult Time is a streaming service exclusively for adults. Created by award-winning filmmaker Bree Mills, who also serves as Chief Creative Officer, Adult Time is a platform built by fans who believe in a future where mature audiences can safely, securely, and proudly have a place in their lineup for premium adult content.
.
Dubbed the ‘Netflix of Porn’ by mainstream media outlets, Adult Time offers an extensive catalog of over 200 channels, 60,000 episodes and 5+ new releases per day from some of the most recognized studios, including Girlsway, Pure Taboo, Burning Angel, Fantasy Massage, 21 Sextury and Vivid Entertainment alongside exclusive original series, feature films and much more.
.
For more information, please visit:
http://www.adulttime.com
Follow on Twitter & Instagram:
@adulttimecom
@thebreemills