Pure Taboo Dabbles in Deception with A Daughter’s Love: An Alison Rey Story

.
Adult Time announces a scandalous new scene from Pure Taboo, A Daughter’s Love: An Alison Rey Story, available January 7 exclusively at PureTaboo.com.
.
Rey came up with the storyline and helped direct the scene that centers on a young woman who has an extremely close and protective relationship with her mother (Chanel Preston). When Mom’s new boyfriend (Chad Alva) gets in the way of their mother/daughter bond, Rey decides to take matters into her own hands.
.
“In coming up with this scene’s concept, I was facing some of my own struggles with abandonment,” said Rey. “The scene was a cathartic experience, seeing how far my character would go to get the attention she so desperately craved.” 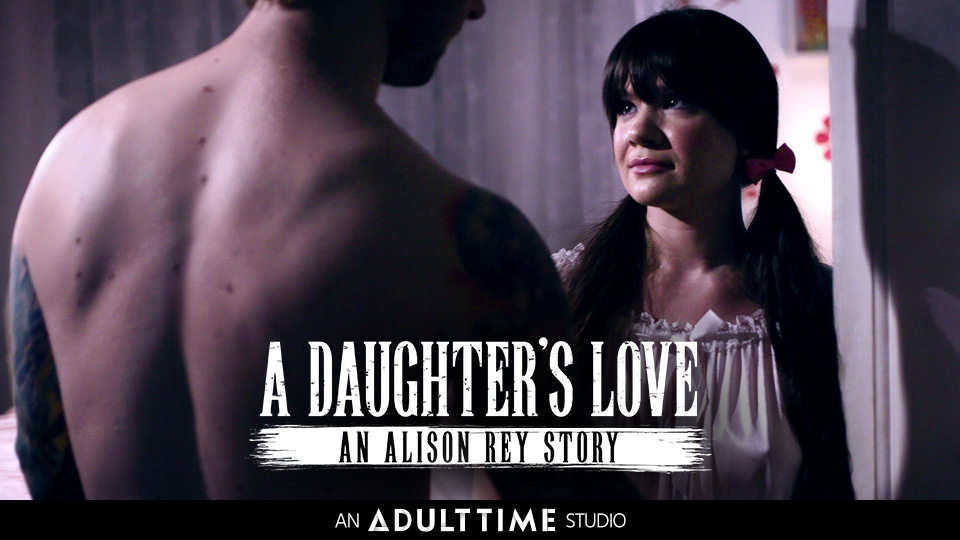 .
Director Craven Moorehead said, “I wanted to let Rey’s voice be heard very clearly in this story, so I simply followed her lead during the creative process. I think she did a fantastic job and I wouldn’t hesitate to collaborate with her again.”
.
Rey agreed with Moorehead’s sentiment, adding, “I’m so glad I got the opportunity to help direct my own scene for Pure Taboo… the crew was amazing to work with in bringing my story to life; they listened to my ideas and paid attention to detail in order to execute the scene in exactly the way I had imagined it, which was amazing.
.
“This is something that I’ve wanted to do since Pure Taboo started model collaborations, and I think this was the perfect story to showcase my range as a performer,” said Rey. “I’m seen as perfectly sweet and innocent to most, but underneath that sweetness are dark and twisted fantasies.”
.
The trailer and full scene for A Daughter’s Love: An Alison Rey Story are now available at PureTaboo.com and the dedicated channel on the Adult Time platform at AdultTime.com, home to the most extensive catalog of award-winning content – with access to over 200 channels and 60,000 episodes in one subscription.
.
About Pure Taboo:
Launched in September 2017, Pure Taboo is the leading taboo erotica studio in adult, including over 200 featurette episodes available on the Adult Time platform.  Created by award-winning filmmaker Bree Mills and promoting the tagline ‘some taboos are meant to be broken’, Pure Taboo features the most popular and up-and-coming performers in adult today, challenging themselves to bring acting and sexual performances in a way viewers have never seen before.
.
About Adult Time:
Launched in 2018, Adult Time is a streaming service exclusively for adults.  Created by award-winning filmmaker Bree Mills, who also serves as Chief Creative Officer, Adult Time is a platform built by fans who believe in a future where mature audiences can safely, securely, and proudly have a place in their lineup for `premium adult content.
.
Dubbed the ‘Netflix of Porn’ by mainstream media outlets, Adult Time offers an extensive catalog of over 200 channels, 60,000 episodes and 5+ new releases per day from some of the most recognized studios, including Girlsway, Pure Taboo, Burning Angel, Fantasy Massage, 21 Sextury, and Vivid Entertainment, alongside exclusive original series, feature films, and much more.
.
For more information, please visit:
http://www.puretaboo.com
http://www.adulttime.com
.
Follow on Twitter & Instagram:
@puretaboocom
@adulttimecom
@thebreemills
.
More Cutting Edge Adult Content at Wasteland.com – Click Here.