Maitland Ward Answers to a ‘Higher Power’ in New Scene from Deeper December 23, 2019

Deeper presents Maitland Ward in her latest breathtaking scene, ‘Higher Power’, a dark drama about addiction, manipulation and the cunning wiles of beautiful predators, launching December 23rd in conjunction with the Deeper.com Holiday Sale.
.
Directed by Deeper boss Kayden Kross, the intense IR scene spotlights the striking redhead and co-star Pressure against the backdrop of a Sex Addicts Anonymous meeting where Ward targets her vulnerable prey.
.
“I’ve waited my entire career to deliver words like this,” says Maitland. “The script Kayden crafted is so dark and twisted and delicious. Under her guidance, I got to places emotionally and sexually I never knew possible. Everything in this scene is authentic and raw and primal, and yet at the same time so erotically, dangerously beautiful. Kayden is that rare director who can effectively and artistically capture both.” 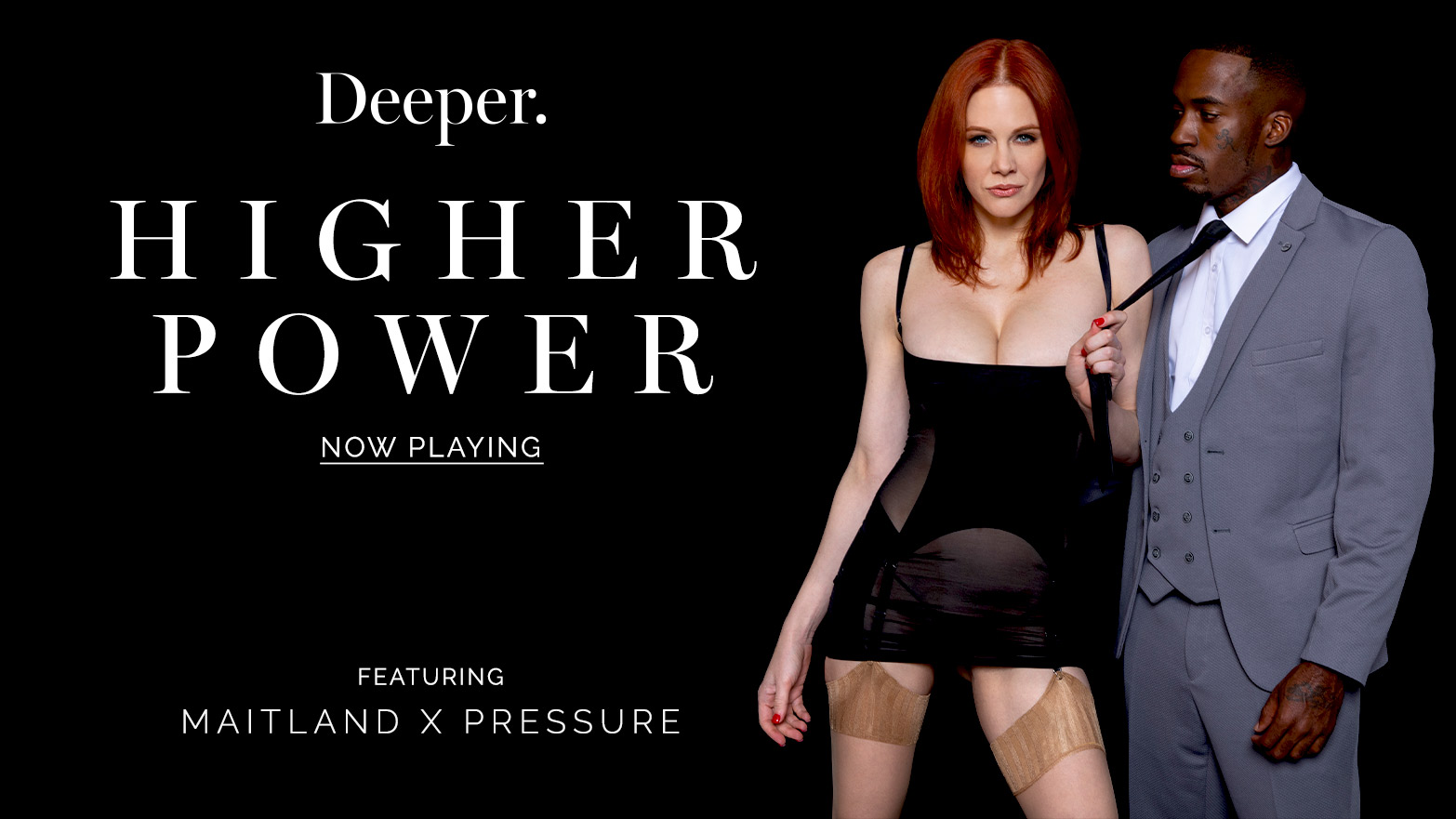 .
Ward, a popular mainstream film & TV actress best-known for Boy Meets World, The Bold and the Beautiful and White Chicks, made her Deeper debut earlier this year with the feature film Drive and three-way scene ‘Denial’.
.
“This is hands down the best performance I’ve ever captured, both in terms of acting and sex,” says Kayden Kross. “Maitland is in a class of her own. I am so grateful for the opportunity to work with her. What she is capable of on-camera has broadened what I am capable of from behind camera.”
.
For more information about Kayden Kross and Deeper visit Deeper.com and follow on social at
Twitter.com/deeper_official
Instagram.com/deeper_official
Twitter.com/Kayden_kross
Instagram.com/ClubKayden
https://twitter.com/maitlandward
.

Deeper.com is a new venture from TRENCHCOATx founder and filmmaker Kayden Kross that launched in April 2019 as part of Greg Lansky’s Vixen Media Group. The new production studio and site will bring a powerful – and empowering – new voice to the erotic landscape.
.
The award-winning director writes, produces, and often performs in the provocative scenes that make Deeper one of the most captivating new studio debuts in years. The membership site offers crystal-clear streaming and downloads up to 4K Ultra HD.
.
Kross looks to engage and challenge her performers – as well as her fans – in finding a more experimental side of fantasy, and hopes viewers enjoy the multifaceted scenarios that take dominance and surrender to a far Deeper level.
.
ABOUT KAYDEN KROSS:
Kayden Kross is a veteran of the adult film industry who has won awards for her work as both a director and performer. A career contract star, Kross was signed to exclusive deals with industry powerhouses Vivid Entertainment, Adam and Eve and Digital Playground before directing and producing on her own alongside her real-life partner and fellow performer Manuel Ferrara.
.
Writing in her off time, Kross’s work has appeared in The New York Times, Salon.com, and in a monthly advice column for Nylon Magazine. In 2015 she co-founded TRENCHCOATx, which was acquired in 2019 by Greg Lansky’s Vixen Media Group – boldly re-emerging as Deeper, filmmaking with a fiercely fresh take on the erotic complexities of human nature.
.
ABOUT MAITLAND WARD:
Southern California-born and bred Maitland Ward has quickly become one of the fastest rising stars in adult entertainment, after an-already successful career as an American model, actress and cosplay personality. The star, who joined the cast of Bold and the Beautiful as a teen and found fame as Rachel McGuire on the beloved ABC sitcom Boy Meets World, jumped headfirst into shooting adult films in 2019 without much persuasion.
.
The statuesque (5’10”) all-natural redhead is unique in that not only is she beautiful and built for the porn biz, Ward’s talent as an actress means she can also carry dramatic and comedic scenes with ease. Her playful energy, professionalism and open sexuality got her signed to adult talent agency Society 15 for representation and an exclusive performance contract with worldwide brand Vixen Media Group.