Want to spend a week in bed with adult’s hottest stars? Adult Time and its specialty sites are planning an entire 4th of July week packed with series debuts, exciting finales and a whole week of FREE STREAMING for new customers. 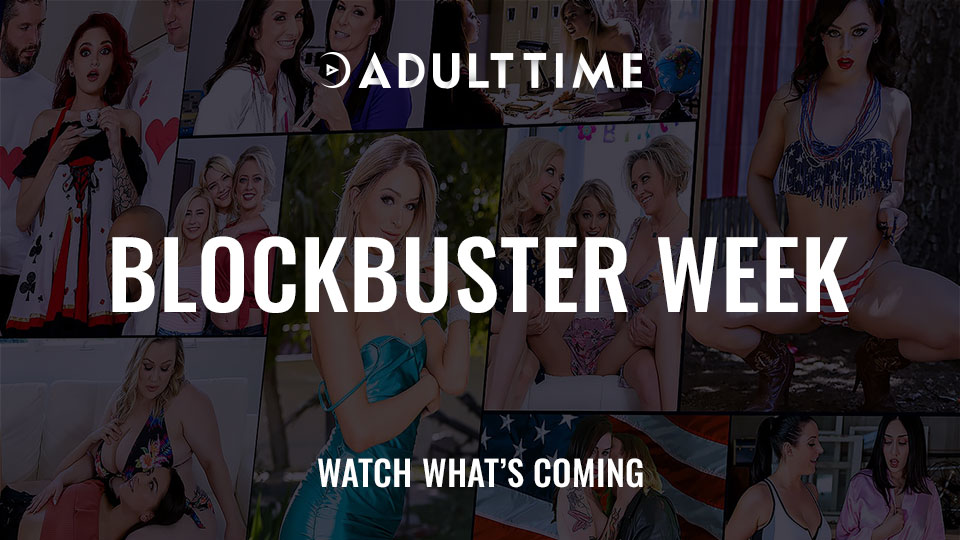 .
Starting July 2 through July 8, Adult Time is giving new customers a free week of streaming to the site’s hundreds of titles available on demand.
.
“There are so many exciting releases dropping this week on Adult Time, from premieres to finales and highly-anticipated special episodes!” said Adult Time Chief Creative Officer Bree Mills of the limited-time event.
.
The Blockbuster Week excitement begins with series debuts and season finales from multiple studios below:
.
All-Girl Massage – Dovefucking Discovery (July 1)
Pure Taboo Series Debut – Lesbian Revenge (July 2)
Fantasy Massage Series Debut – Family Friction (July 3)
21Sextury Series Debut – Naughty Slumber Party (July 3)
Shape of Beauty’s Season 1 Finale – It’s Not Him, It’s Me (July 3)
Pure Taboo – Family Barbecue (July 4)
Girlsway – Girl of the Month Showcase starring India Summer and Silvia Saige (July 4)
Mommy’s Girl – Collateral Squirtage (July 6)
We Like Girls Season 1 Finale – Shyla & AJ (July 7)
Burning Angel – Lola Fae’s First Gangbang (July 9)
.
“It felt only fitting to make it a true blockbuster week and open our doors to invite as many adult viewers in as possible to check out this all-star lineup, added Mills. “Thanks to all our incredible actors for making these releases so special!”
.
The episodes are accessible to all members who sign up to the new Adulttime.complatform, which includes all Gamma Films studios’ sites. Those interested can subscribe to Adult Time’s entire catalog of award-winning content, with includes over 60,000 episodes and 5 new releases per day.
.
Follow @Adulttimecom on Twitter & Instagram for more info and production news.
.