Summer is finally here! Girlsway announces the official selection of India Summer as the lesbian erotica studio’s Girl of the Month for July 2019. 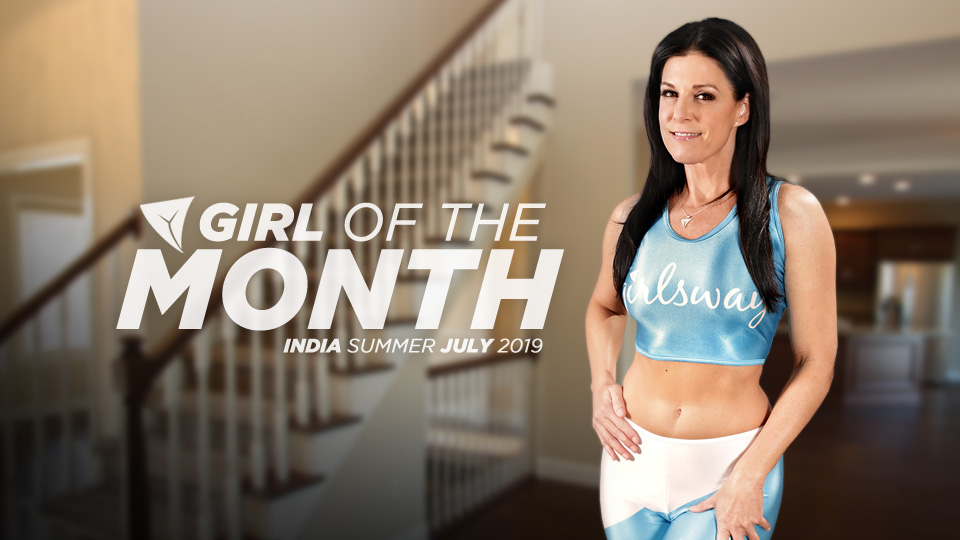 .
“It is truly a pleasure to have India Summer representing our company as July’s Girlsway Girl of the Month,” said Bree Mills, the company’s Chief Creative Officer. “She is beautiful, talented, a hard worker and has a great attitude. We’re so happy to have her on board!”
.
Ms. Summer is a longtime fan favorite, as she launched her Girlsway career at exactly the same time the company did, October 2014, starring as ‘the stepmom most of us hope for’ in Mommy’s Girl scene Teach Me Mommy: Part One (and Part Two!) She’s since shot nearly 50 scenes for Girlsway, most recently in Pre-Wedding Jitters.
.
“I am so grateful and honored to be Girlsway’s GOTM – I always have such a fabulous time shooting with you all,” said Summer.  “I absolutely adore the crew and you do a great job of pairing me with amazing girls! I feel blessed to be a part of your continued success.”
.
Fans can find out more about July 2019 Girlsway Girl of the Month India Summer at her official Model Page at Girlsway.com and on the specialty streaming site AdultTime.com.
.
In addition to Girlsway, Summer can also be found in several new scorching scenes for Adult Time channels such as Pure Taboo, All-Girl Massage, Fantasy Massage, Nuru Massage, 21Sextury Network and many more.
.
Follow Girlsway and Bree Mills on social media:
Twitter.com/girlswaynetwork
Twitter.com/TheBreeMills
Instagram.com/girlswaynetworkcom
.
ABOUT GIRLSWAY:
Launched in October of 2014, GIRLSWAY is a premier lesbian erotica studio operated by the Gamma Films Group, the production arm of award-winning adult company Gamma Entertainment and available on the Adult Time platform. Head of Production Bree Mills and her talented Girlsway team create original and addictive content that mixes both passionate lesbian sex with interesting characters and inter-connected storylines.
.
Appealing to both men and women, Girlsway has made their presence known both in and out of the industry and has become critically acclaimed for their style of filming, storyline based content, talented casting, and most of all, their engagement with their members. With their unique vision and breakthrough content, Girlsway is becoming porn’s most dominant lesbian network.
.
Video-on-demand viewing is also available at Gamelink, HotMovies, AEBN, and AdultDVDEmpire. DVDs are exclusively distributed by Girlfriends Films to all major online retailers and adult stores.