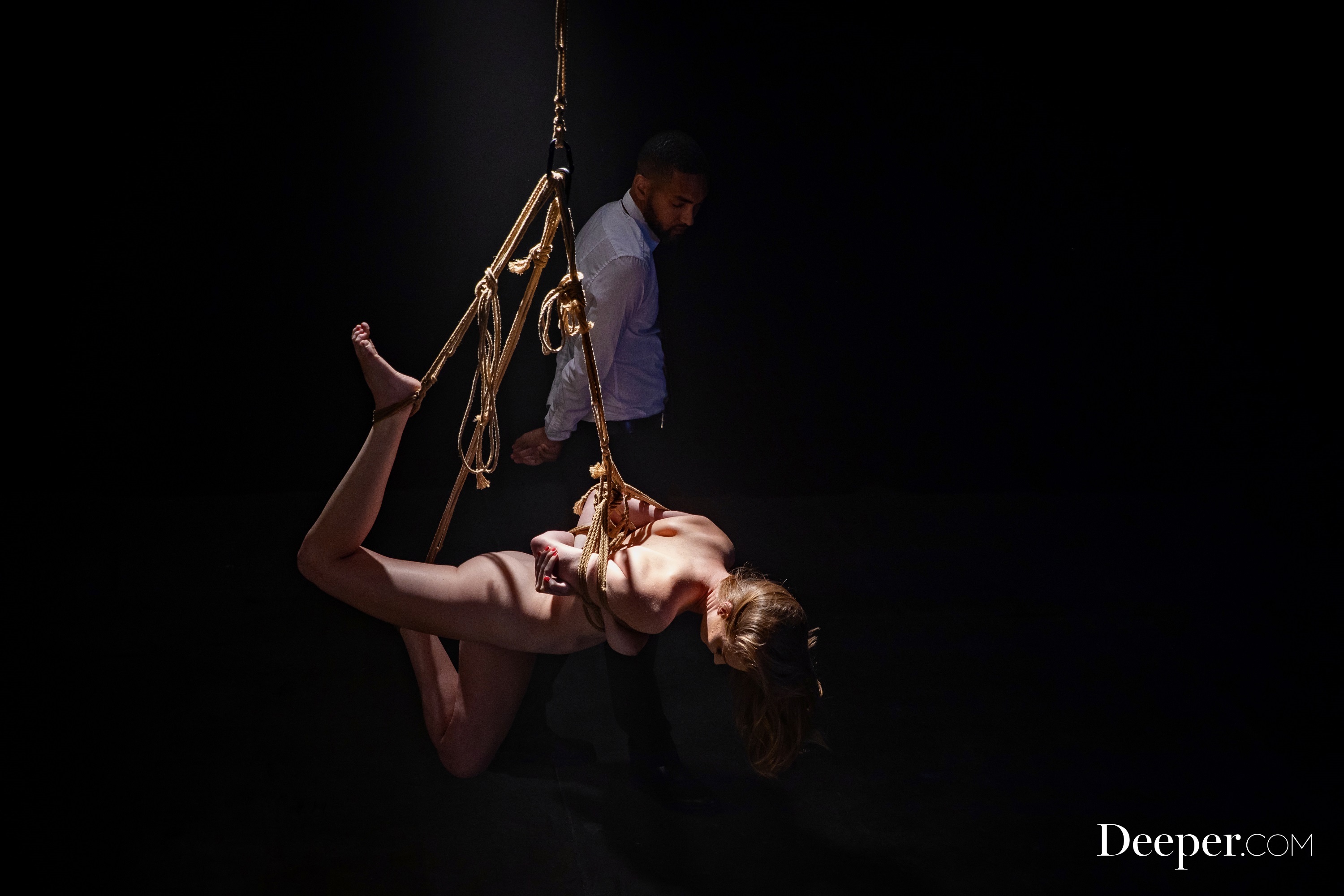 .
Comprised of four vignettes, Sacrosanct Now breaks the restraints of the viewer’s imagination with ‘Going Deeper’, starring Adria Rae, Mick Blue and Markus Dupree; ‘Relentless’, starring Vicki Chase and Markus Dupree; ‘I Will Make a Beast of You’, starring Alina Lopez and Mickey Mod and ‘The Hook’ with Ashley Lane and Mickey Mod.
.
“I chose this title because my original title Sacrosanct was the one that kicked off the success of Trenchcoat a couple of years ago,” said Kross. “At the time, that title was a collection of the scenes that I most wanted to make and were most personal to me.
.
“Sacrosanct Now is once again a collection of those scenes that I care most about. The themes are again ritualistic and dark, with raw and pressing sex. Every pairing was cherry-picked and every scenario was tailored to the pairings. These scenes represent what I want Deeper to be at its best.”
.
The Sacrosanct Now DVD is over 2 hours long and available June 25 at PulseDistribution.com and leading adult retailers.
.
For more information about Kayden Kross and Deeper visit Deeper.com and follow on social at
Twitter.com/deeper_official
Twitter.com/Kayden_kross
Instagram.com/deeper_official
Instagram.com/ClubKayden
.
ABOUT DEEPER:
Deeper.com is a new venture from TRENCHCOATx founder and filmmaker Kayden Kross that recently launched in conjunction with Greg Lansky’s Vixen Media Group. The new production studio and site will bring a powerful – and empowering – new voice to the erotic landscape.
.
The award-winning director writes, produces, and often performs in the provocative scenes that make Deeper one of the most captivating new studio debuts in years. The membership site offers crystal-clear streaming and downloads up to 4K Ultra HD.
.
Kross looks to a engage and challenge her performers – as well as her fans – in finding a more experimental side of fantasy, and hopes viewers enjoy the multifaceted scenarios that take dominance and surrender to a far Deeper level.
.
ABOUT KAYDEN KROSS:
.
Kayden Kross is a veteran of the adult film industry who has won awards for her work as both a director and performer. A career contract star, Kross was signed to exclusive deals with industry powerhouses Vivid Entertainment, Adam and Eve and Digital Playground before directing and producing on her own alongside her real-life partner and fellow performer Manuel Ferrara.
.
Writing in her off time, Kross’s work has appeared in The New York Times, Salon.com, and in a monthly advice column for Nylon Magazine. In 2015 she co-founded TRENCHCOATx, which was acquired in 2019 by Greg Lansky’s Vixen Media Group – boldly re-emerging as Deeper, filmmaking with a fiercely fresh take on the erotic complexities of human nature.