BurningAngel Entertainment brings the tricks and treats for its latest parody DVD feature, I Know Who You Fucked Last Halloween, available on DVD prebooks with a September 24 street release through Exile Distribution.
Joanna Angel stars in and directs the action in each of the spooky cosplay-themed scenes, as Ariana Marie (in her BurningAngel debut), Katrina Jade, Ivy Lebelle, Steve Holmes, Small Hands, Bill Bailey and Tommy Pistol build up the shock and suspense that pay off with earth-shattering results.
“BurningAngel celebrates Halloween for the entire year, but we extra celebrate it on Halloween…. with our annual horror release,” said Angel. “I’m so proud of this thriller and it combines so many things I love about cinema into one bloody masterpiece- hot girls, good sex, campy dialogue, and a whole lot of creepy Halloween masks.”
Shot in extra-sharp HD, the DVD feature of I Know Who You Fucked Last Halloween is 2-1/2 hours long and special features include a photo gallery, full-motion chapter menus, BurningAngel trailers and DVD extras. 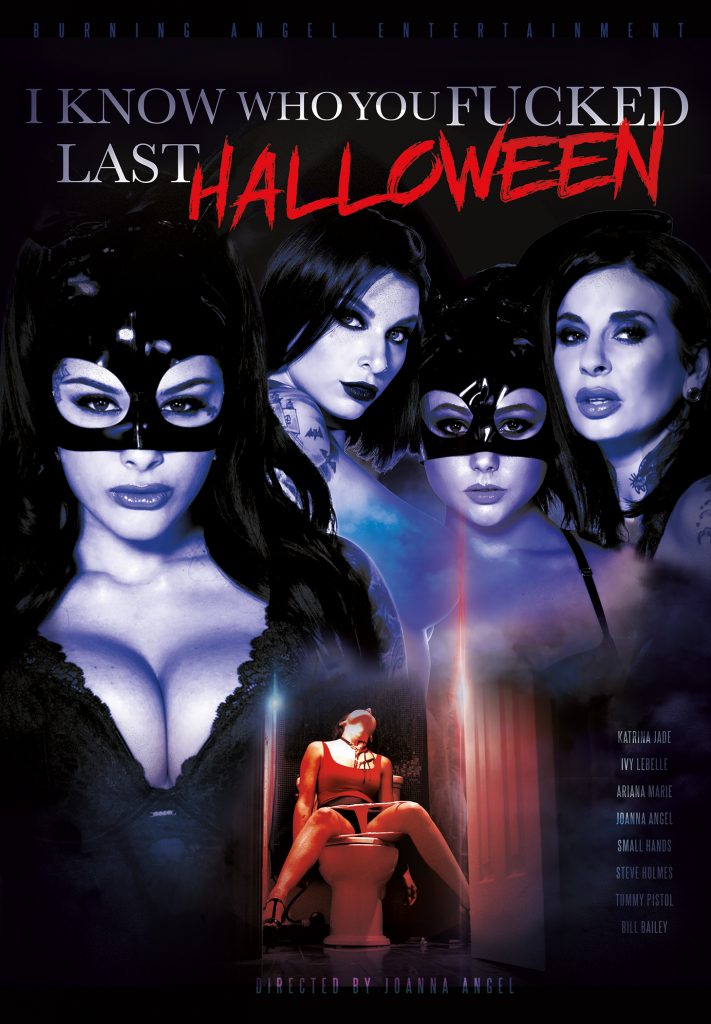