Los Angeles, CA. –    For the past decade, adult film star and an acclaimed performance artist, Annie Sprinkle, and her partner, award winning filmmaker and UCSC art professor, Beth Stephens, have been pollinating the “ecosex movement” with their multi-media art projects and ecosex education. Today thousands of people around the world identify as ecosexual.  Their main goals, they say are, “to make the environmental movement more sexy, fun and diverse, and to entice people to love to our Earth more, and humans are part of the Earth.”
.

Stephens and Sprinkle have made a new documentary film, which they directed together, Water Makes Us Wet—An Ecosexual Adventure. It will have its California premiere at the historic Ahrya Fine Arts Theater in Beverly Hills. They will be with some of their cast and crew, doing Q & A, giving out free swag, and schmoozing with the audience. Annie says, “Absolutely everyone is invited. If you love water, you will enjoy this film.” Beth explains, “Our film explores the pleasures, profits and politics of H2O while we are on an exciting road trip with our dog Butch. 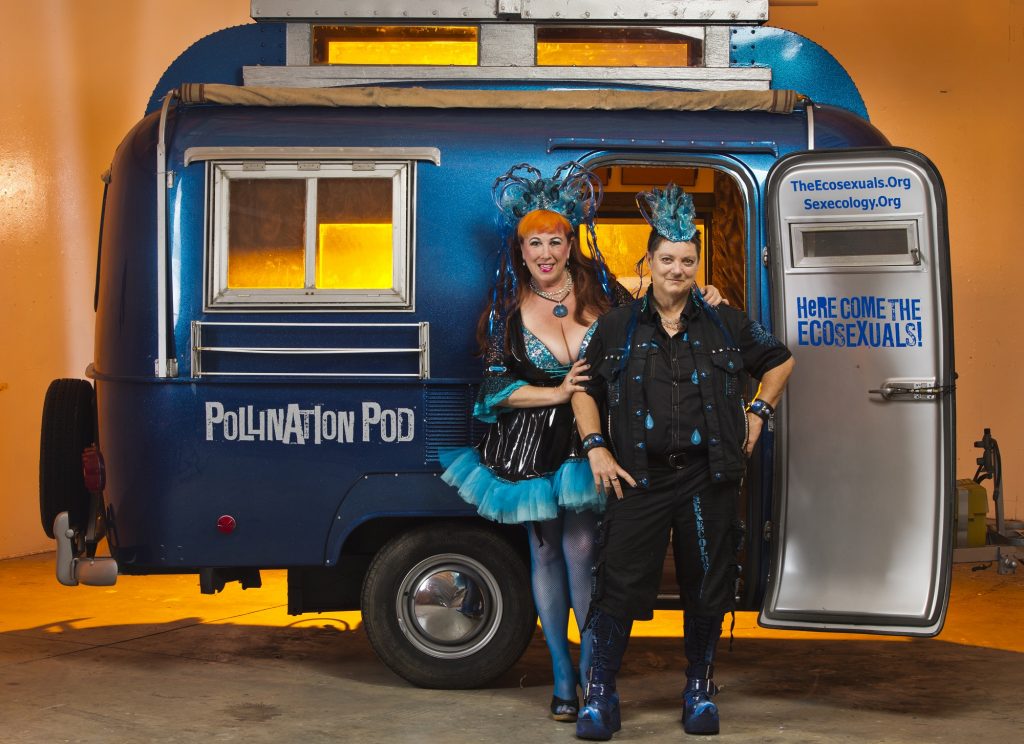 On the film’s road trip, Annie and Beth interact with a diverse range of folks including performance artists, biologists, water treatment plant workers, scholars, family members, sex workers and others. The film climaxes in a shocking event that reaffirms the power of water, life and love. In one scene the artist couple officially added the “E” (for ecosexual,) to the GLBTQI-E moniker with a ribbon cutting ceremony in the San Francisco Pride parade.
What is ecosex? They explain, “Ecosex shifts the metaphor from Earth as mother, to Earth as lover, in order to help create a more reciprocal, sensual, empathetic relationship with the natural world.”