LOS ANGELES — Charly Summer remembers how she would post naughty photos on Reddit at first just for the laughs.

It actually was her significant other who started her account.

Her playful nudes—under the username “kittytinyfeets“—soon began receiving thousands of up-votes and hundreds of comments. 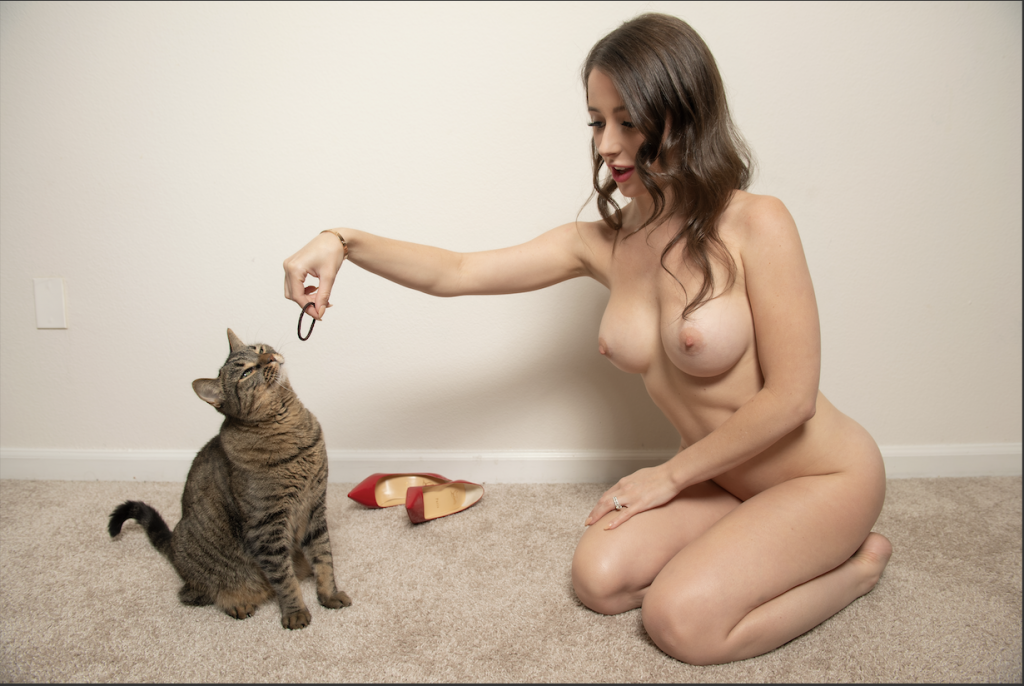 But when a March 2019 post titled “I may not be a Top Chef but I’d look good on top of one”—showing her butt naked in the kitchen—made it to the front page of Reddit with 17,200 up-votes and counting, everything changed.

“A bunch of people I knew had seen it,” Summer tells AVN. “And that’s when it got real for me because before it was just a joke.

“It was like, ‘He-he-he, we’re posting pictures on the internet.’ And then people saw it—my brother actually saw it and hit me up about it. I think that’s when it got real. And I was like, ‘Wow, I’m getting a lot of attention.’”

Two years later, there are more eyes on Charly than ever.

And Summer, whose first job was selling roasted nuts at a mall kiosk in her hometown, says she’s having a blast with her splashy arrival in the adult industry.

“I feel better than ever,” Summer said in an exclusive interview at the Motley Manor on May 20th—the eve of her 25th birthday. “Today almost feels like a pivotal moment for me going into my 25th year of life.

“I just had the best day and I just feel like my life’s going in the direction that I want it to be going in. I feel like I’m achieving my goals.

“I like to wake up every day and have a goal and this gives me the ability to do that, which makes me really happy. And it’s crazy. People always say cliche things like, ‘You can do anything you want’ and stuff like that. But you really can. If you really want something, you can just do it. And there’s a way to do it, to get what you want and make your life what you want.”

Charly continues, “I feel like time is money. And really what I want at the end of the day is time to be able to spend with my family… And so if I can just work now and do all these things now then it’ll give me the future that I want to have.”