Adult Time and Bree Mills are gearing up for Season Two of ‘80s lesbian series Girlcore, kicking off production with a host of new and familiar stars celebrating the most decadent decade of all! 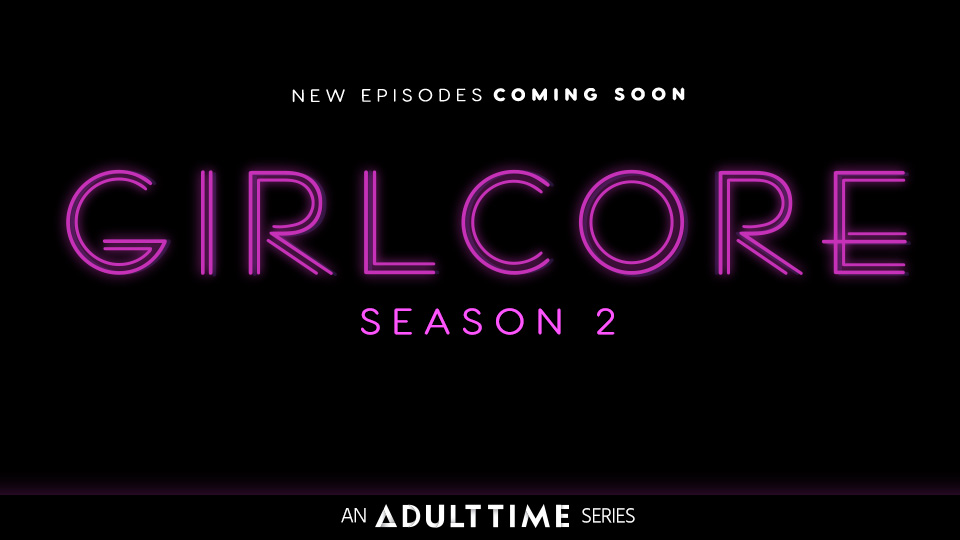 With an expected launch date of Black Friday, November 29, 2019 on Adulttime.com, Mills, who originally created the series as a loving tribute to the ‘sexploitation’ pulp novels she loved in her youth, is ready to re-capture the style, fabulous fashion and erotic exploration that defined a generation.
.
“After the overwhelming success of the first season, I am so proud to bring Girlcore back for six new episodes this fall!” said Mills, who serves as Adult Time’s Chief Creative Officer. “In addition to being executive producer, I will also be writing and directing two episodes, and am excited to bring several other talented directors back in time to bring their spin to my absolute favorite series!”
Season Two will follow closely in the footsteps of Season One, with an emphasis on the cinematic style, rich storytelling, and synth wave music that inspired the rabid fan following of Girlcore’s first season.
.
“We will be staying true to our ‘80s universe, and expanding more into pop culture homages this season,” added Mills, “with episodes inspired by a combination of music and film references.  Each episode of Season Two will be named in honor of a song!”
.
Girlcore is accessible to all members of Gamma Films studios’ sites on the Adult Time platform at Adulttime.com/channel/girlcore. Those interested in sneaking a peek at Season One can sign up and subscribe to Adult Time’s entire catalog of award-winning content, with access to over 60,000 scenes.
Follow @Adulttimecom and @Girlcorecom on Twitter for more info and production news.
Follow Bree Mills on social media at Twitter.com/TheBreeMills and Instagram.com/thebreemills.
.
ABOUT GIRLCORE:
Girlcore.com is the brainchild of Bree Mills, the guiding force behind Gamma Film Group’s stable of XXX production companies and sites. The lesbian series is the producer/director’s ‘dream project’ that takes erotica from an exciting time period in the past and updates it for a new generation of viewers.
.
Season One takes on the colorful ‘80s when sexuality was in full swing and people were beginning to experiment openly and with abandon. As Mills told AVN, I have a lot of personal nostalgia about this decade and I knew I wanted to use this series to create a time capsule as sort of a personal filmmaking challenge. Season Two is now in production, with an expected series launch date of late November ’19.