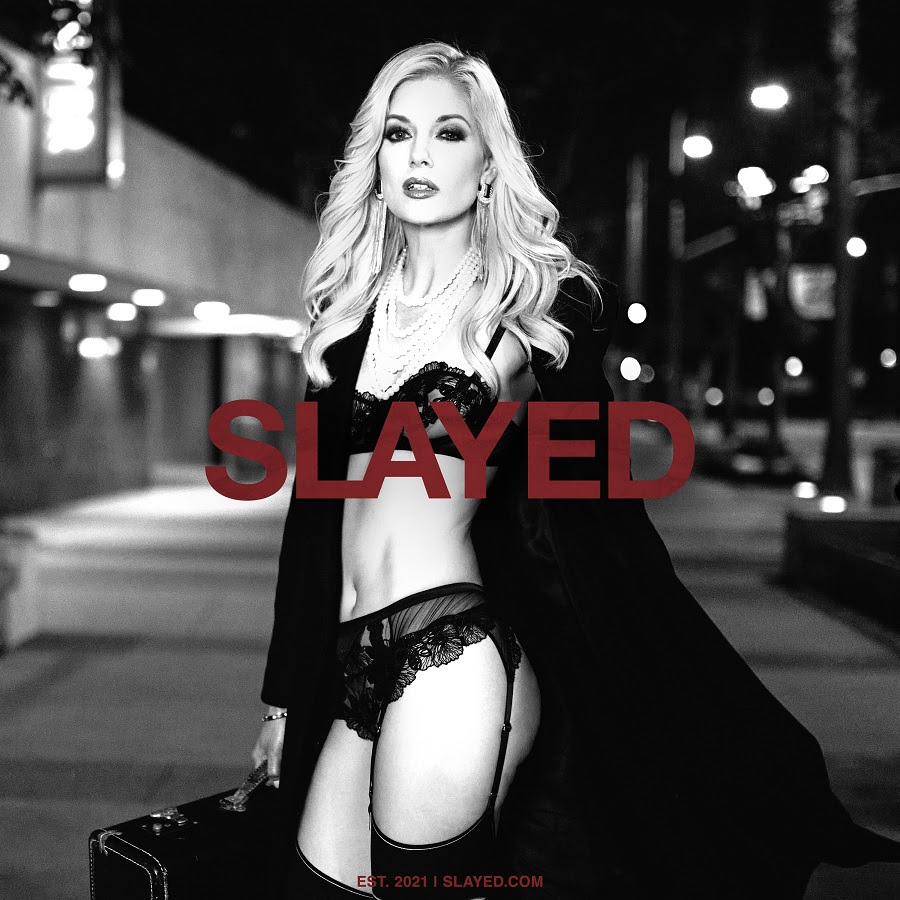 (Los Angeles, CA / October 20, 2021) – All-girl superstar Charlotte Stokely is enjoying the fruits of her labor after a successful co-hosting gig at this year’s 2021 XRCO Awards, where she won Girl-Girl Performer of the Year for the FOURTH consecutive year.
.
“Despite all the craziness that’s gone on over these many months of our lives, it feels like a real return to the excitement of our industry with awards season in full swing,” said Stokely. “I had so much fun co-hosting the event in Hollywood and bringing back the glamour that we have sorely been missing for a long time now.”
.
The porcelain-skinned blonde goddess and high-achieving industry Hall of Famer surprised absolutely no one when she took home the Girl-Girl Performer of the Year trophy, honoring her exemplary work as an onscreen performer over the past year.
.
“Even though I had high hopes for winning, my fellow nominees put in strong, amazing performances this year as well, and I want to acknowledge all the hard work that goes into making these films… it means so much to be nominated for an award, much less win,” she added. “Thank you to XRCO and Dirty Bob for this special recognition.”
.
Stokely brought her ‘A’ game to the set in 2021 with standout starring roles in showcases for Girlfriends Films, Girlsway, Adam & Eve, MissaX, Brazzers and Vixen Media Group’s all-new girl-girl imprint Slayed.
.
Charlotte Stokely is available for booking through Mark Schechter at ATMLA at mark@atmla.com.
.
Find and follow her at:
Twitter.com/char_stokely
OnlyFans.com/char_stokely
Instagram.com/charlottestokely
Sextpanther.com/Charlotte-Stokely
CharlotteStokelyCams.com
IWantCharlotteStokely.com
.
ABOUT CHARLOTTE STOKELY:
CHARLOTTE STOKELY knows a thing or two about staying power: the blonde beauty with perfect porcelain skin is every bit as popular today as she was when she entered the adult industry in 2004, with legions of loyal fans who follow her every move.
.
Growing up in Utah and Florida with a wild sense of adventure, Stokely knew early on that she would forge an exciting career that offered her freedom and the ability to make a name for herself based on her individuality. Stokely dove headfirst into adult film at 18, exploring her sexuality and natural ability in front of the camera, and she quickly became a fan favorite.
.
Stokely brings her enthusiasm and positive energy to everything she sets her mind to: the petite (5’3”), all-natural performer has made several appearances in mainstream TV & film as an actress (Westworld, True Detective, Submission, Samurai Cop 2, Black Dynamite) and model (American Apparel, Jean Paul Gaultier) and is also a successful independent content creator with thousands of subscribers and more than 670,000 social media followers.
.
The veteran adult star is a high-profile powerhouse in the industry: the AVN Hall of Famer is a 12-time Girl-Girl Performer of the Year winner, holding triple crown consecutive wins for AVN, XRCO, NIGHTMOVES; she honored as a Penthouse Pet in May 2017, and in 2019 hosted the AVN Awards Red Carpet and AEE convention for the Showtime network.
.
Now Stokely is expanding her talents into the wellness field as a certified sex educator and health coach, having graduated from the Institute for Integrative Nutrition with a focus on holistic healing, reversing disease and the mind-body connection for better overall well-being. She has brought her knowledge to AVN & XBIZ expo seminars on the topic of balancing work and personal life for self-preservation and care.