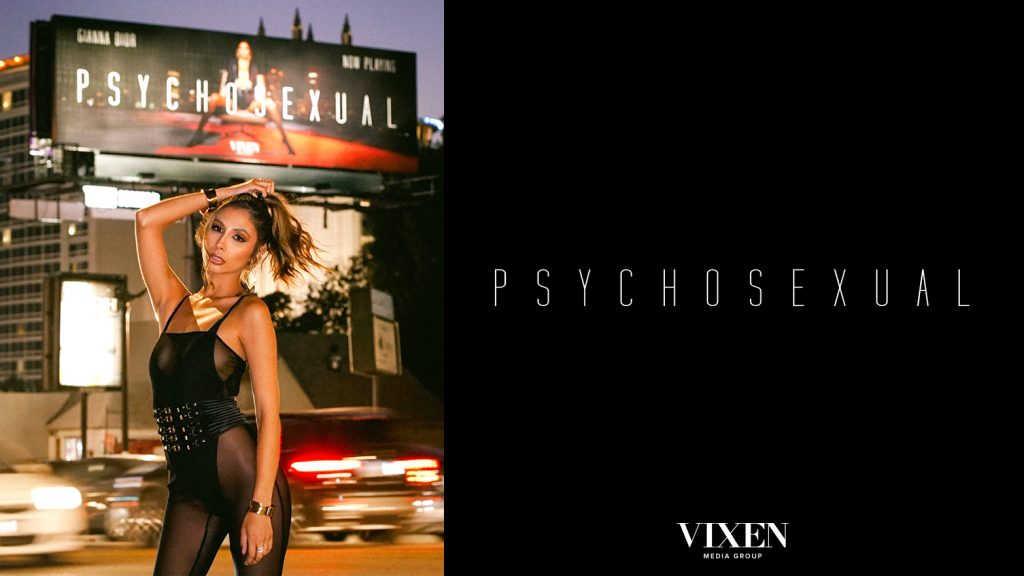 LOS ANGELES, Oct. 15, 2021—Vixen Media Group, the leader in luxury adult entertainment, announced today the reveal of its first-ever billboard in the middle of Hollywood on Highland and Franklin. The billboard features award-winning performer and Vixen Angel Gianna Dior, the star of Vixen’s full-length feature film Psychosexual. Directed by three-time winning AVN Director of the Year Kayden Kross, Psychosexual follows a young woman across the span of a decade as she grapples with her sexual compulsion and the damage it wreaks on her relationships.
.
“Psychosexual was a dream project for me. It’s surreal and such an honor that there is a billboard in the middle of Hollywood promoting the film,” said Dior. “My experience working with Vixen Media Group has been absolutely incredible and I’m so grateful to the studio for all of the love and support I’ve received along the way. We did it!”
.
Psychosexual represents Vixen Media Group’s biggest crossover project to date. The film features Gianna as the lead and an all-star cast that includes adult entertainment’s elite, such as Avery Cristy, Mick Blue, Oliver Flynn, Rob Piper, Jax Slayher, Troy Francisco and Manuel Ferrara.
.
“We’re very proud to be marketing and showcasing the film in this light and we’d like to thank Gianna and Kayden for creating such a provocative piece of work for our audience.” said Mike Miller, Executive Producer.
.
“I am so honored that Gianna trusted me with this project and so proud of the final result. Seeing our work on a billboard is both surreal and validating,” said Director of the year, Kayden Kross. “Vixen Media Group is constantly redefining what it means to be in the adult space and it’s been amazing to be a part of that.”
.
Viewers can watch Psychosexual by joining Vixen Media Group’s six-site package. Be sure to follow Vixen on Twitter or Instagram for regular updates.
.
About Vixen Media Group
Founded in 2014, Vixen Media Group is the premier online destination for exclusive and luxury adult content. Featured in Rolling Stone, Forbes, The Daily Beast, BuzzFeed, Men’s Health, Vice and other outlets, Vixen Media Group’s network of branded websites have more than 30 million visitors each month with more than nine million Instagram followers. Its innovative studios – Vixen, Blacked, Tushy, Deeper and Slayed – have earned more than 100 awards. To learn more, visit vixengroup.com.