European beauty and one of the industry’s hottest stars, Jia Lissa, debuts new scenes with the leader in luxury adult entertainment
Los Angeles (Sept. 14, 2021)— Vixen Media Group, the leader in luxury adult entertainment, announced the exclusive debut of ‘Jia’, a full-length film showcasing 2020 XBIZ Europa Awards Female Performer of the Year and European sensation, Jia Lissa. Produced and directed by Julia Grandi, the new feature length film is an exclusive crossover showcase and will be released as a four-part story across Vixen Media Group’s network of renowned sites — Vixen, Blacked and Tushy. 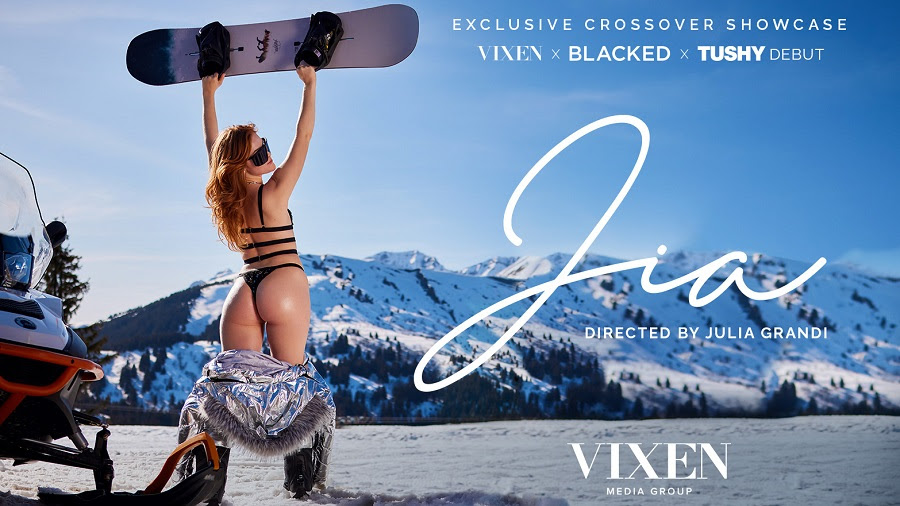 “This film is the definition of exclusive, high-end adult content and we’re thrilled to release this four-part series to our fans,” said Julia Grandi, Director at Vixen Media Group. “After hearing about Jia’s unique, exotic and captivating experiences while traveling around the world, we knew we had a hit. Jia is authentic and provocative– she’s really a cross between a model and the girl next door. The whole team did an incredible job of bringing this masterpiece to life.”
.
The new film is inspired by Jia Lissa’s personal journey in finding herself through international travel and memorable experiences, achieving true sexual fulfillment and empowerment. Filmed in some of the world’s most beautiful locations in Greece, Paris, the Alps and more, JiaLissa takes front and center as the lead and is accompanied by an all-star cast, such as Little Dragon and Sonya Blaze.
.
“This film is a new step for me. The story is based on my experiences, so it was a very unique and emotional process. I’m so excited for my fans to get a deeper look into my adventures and especially for my debut scene on Tushy in the finale! I’m beyond grateful to be a part of this colossal piece of work by the Vixen team and of course, Julia Grandi. They managed to capture me – the real Jia, with all my passion and desire.”
.
The exclusive scenes will be available for streaming on Vixen and Blacked with a grand debut finale on Tushy. Viewers can watch the full feature by joining Vixen Media Group’s six-site package.
.
Be sure to follow Vixen on Twitter or Instagram for regular updates. To learn more or watch the Jia trailer, visit vixengroup.com.
.
About Vixen Media Group
Founded in 2014, Vixen Media Group is the premier online destination for exclusive and luxury adult content. Featured in Rolling Stone, Forbes, The Daily Beast, BuzzFeed, Men’s Health, Vice and other outlets, Vixen Media Group’s network of branded websites have more than 30 million visitors each month with more than nine million Instagram followers. Its innovative studios – Vixen, Blacked, Tushy, Deeper and Slayed – have earned more than 100 awards. To learn more, visit vixengroup.com.