(Austin, TX / September 8, 2021) – Female-focused erotica entertainment brand afterglow is pleased to announce that its original feature Cravings has been selected to screen at this year’s SECS Fest in Seattle. 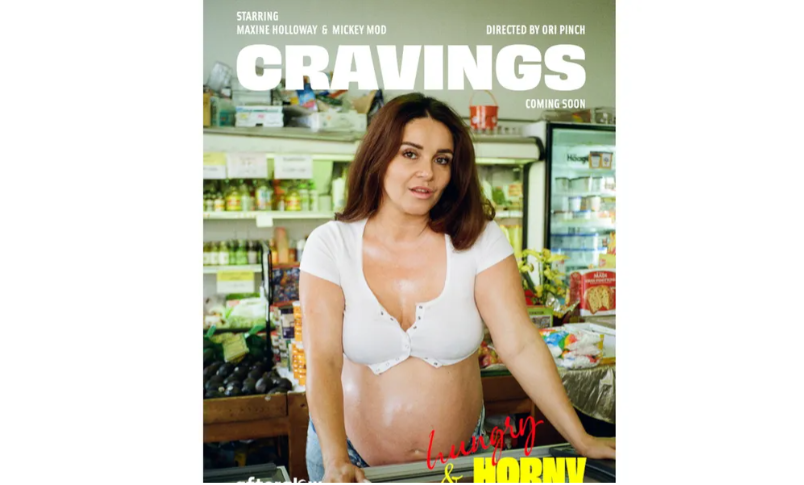 .
The 10-minute film’s onscreen showing is part of the Fest’s ‘Love is the Drug’ Short Film Program, set to take place Sunday, September 12 at 8:00pm (PDT) at the Grand Illusion Cinema. Tickets are available now through Strangertickets.com.
.
“We are so proud of this film – Cravings is proving to be not only a bona fide hit with our afterglow subscribers, but it’s been honored with several critical raves as well,” said company founder Lilly Sparks of the film, which was selected to screen at Pornfilmfestival (PFF) Berlin as well.
.
Directed by Ori Pinch, Cravings stars Maxine Holloway as an overheated, hormonal mom-to-be who finds sweet relief in her market’s produce aisle with the help of a handsome and mysterious stranger (Mickey Mod).
.
afterglow’s quality lineup of original films elevates the art of erotica, exploring untamed desires and intimacy from a woman’s unique point of view. The sex-positive website offers an incredible selection of cinematic films, eye-opening articles, a space for honest dialogue and compassionate resources that are inclusive and open to all.
.
Membership to the afterglow adult network starts at $10/mo., and for a limited time afterglow is offering a one-month free trial with the code SEXWHISPERER.
.
To learn more about Cravings at the SECS Fest, visit secsfest.org/cravings.