Three-time AVN All Girl Performer of the Year: ‘I absolutely love devouring a woman’

Charlotte Stokely finds that a recurring role for her in adult movies is the teacher.

Maybe one reason she embodies all the traits of an educator is that she is one in real life. 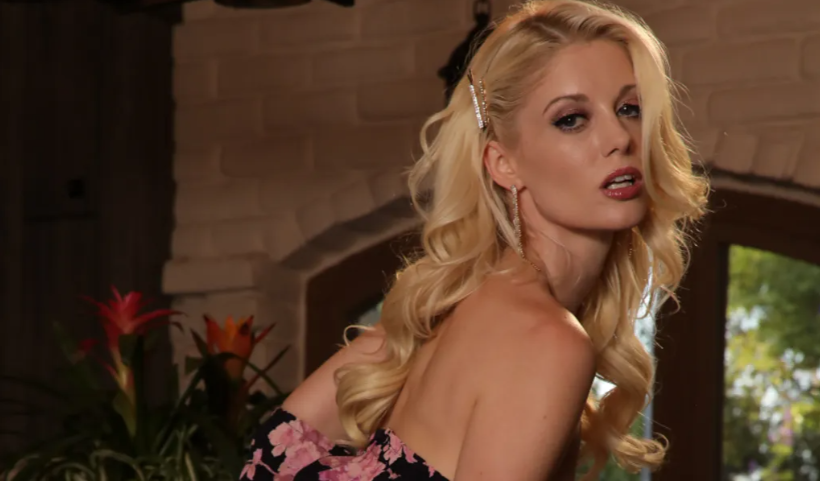 “I often play a teacher of some sorts,” Stokely says. “Directors love it when I improv facts I know about geology, health sciences, physics and other topics.

Now as she approaches her 17-year anniversary in adult this month, Stokely may well be the busiest woman in show business.

In addition to being a full-time performer and sought-after actress, the 2020 AVN Hall of Fame inductee is a certified health coach and sex educator, Cupcake Girls Activator, brand ambassador, seminar speaker and moderator who at press time was in the process of writing three books.

“I’m a helluva multitasker!” jokes Charlotte, who is represented by ATMLA. “When I put my mind to a project I fully dedicate myself and barrel charge through my to-do list.

“Even the way I clean my house I run in circles like a tornado. I’ll grab all the items that don’t belong in that room and drop them off into their proper room. Then I go back full circle and make other adjustments like putting the previously gathered items in their proper places…”

In this exclusive Q&A for the August AVN magazine cover, Charlotte discusses her upcoming movies, her background in holistic healing, her advanced studies and her high-heel collection, among other things.