(Montreal, QC / February 16, 2021) — This Valentine’s Day, Girlsway is treating fans to the ultimate eating out contest in Blind Taste Test, a three-way competition where the winner is… everyone!
.
Streaming exclusively on the Adult Time platform, Blind Taste Test stars Charlotte Stokely, Aidra Fox and Elena Koshka as three friends who good-naturedly hatch a plan to find out who’s the better lingual lover – Charlotte or Aidra? Elena offers to play judge and put them to the test.
.
“It was a pleasure to direct two scenes for Girlsway, and it’s even more fun when I can work with my good friend and muse Charlotte Stokely,” said Blind Taste Test director Ricky Greenwood. “If you add to that the amazing Aidra Fox and Elena Koshka, well, it creates fireworks!”
.
Blind Taste Test is available for download or streaming at Girlsway.com as part of the AdultTime.com network, home to the most extensive catalog of award-winning content – with access to over 270 channels, 55,000 scenes and 8+ new releases per day – all in one subscription.
. 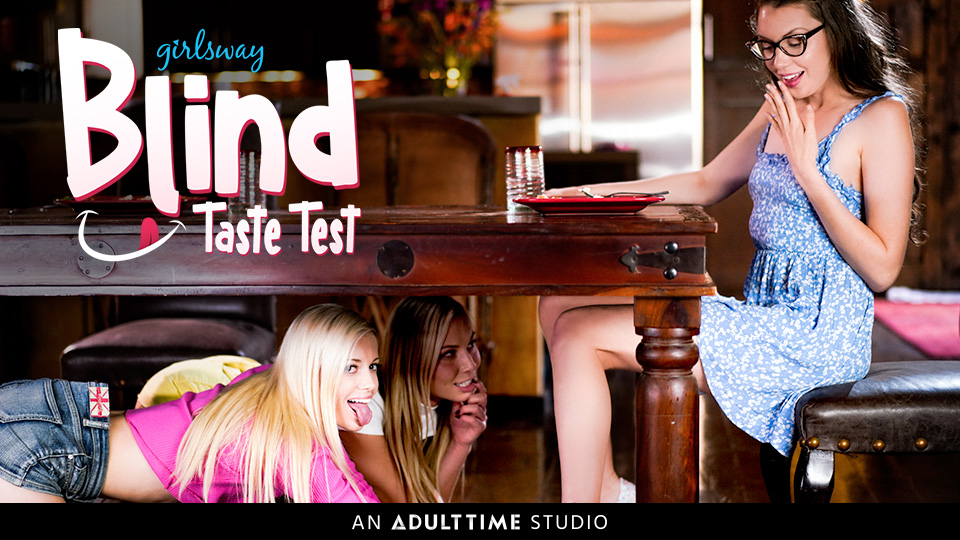 About Girlsway:
Launched in October 2014, GIRLSWAY is the largest lesbian erotica studio in adult, now including over 1,900 lesbian films and series and 8000+ episodes available on the Adult Time platform. Created by award-winning filmmaker Bree Mills, Girlsway produces original and addictive narrative content that mixes passionate lesbian sex with compelling characters and inter-connected storylines.
.
About Adult Time:
Launched in 2018, Adult Time is a streaming service exclusively for adults.  Created by award-winning filmmaker Bree Mills, who also serves as Chief Creative Officer, Adult Time is a platform built by fans who believe in a future where mature audiences can safely, securely, and proudly have a place in their lineup for premium adult content.
Dubbed the ‘Netflix of Porn’ by mainstream media outlets, Adult Time offers an extensive catalog of over 270 channels, 55,000 episodes and 8+ new releases per day from some of the most recognized studios, including Girlsway, Pure Taboo, Burning Angel, Fantasy Massage, 21 Sextury, and Vivid Entertainment, alongside exclusive original series, feature films, and much more.
.
For more information, please visit:
http://www.girlsway.com
http://www.adulttime.com
Follow on Twitter & Instagram:
@girlswaynetwork
@adulttimecom
@thebreemills