(Montreal, QC / November 2, 2020) — Adult Time gets the motor running for a brand-new Burning Angel series, BackSeat Driving School, rolling out to fans at BurningAngel.com and AdultTime.com.
.
Directed by Burning Angel boss Joanna Angel, the sexy four-part vignette series centers on the comedy hijinks of a day in the life of driving instructors and their eager-to-learn students in traffic school.
.
“This movie was my first foray back at directing after the shutdown- and a school theme felt incredibly appropriate, as it very much felt like our first day back at school,” said Angel of the project. “The cast of this movie couldn’t have been more perfect, and without sounding too fan-girl-ish, it was an absolute honor to have Lance Hart in the film.” 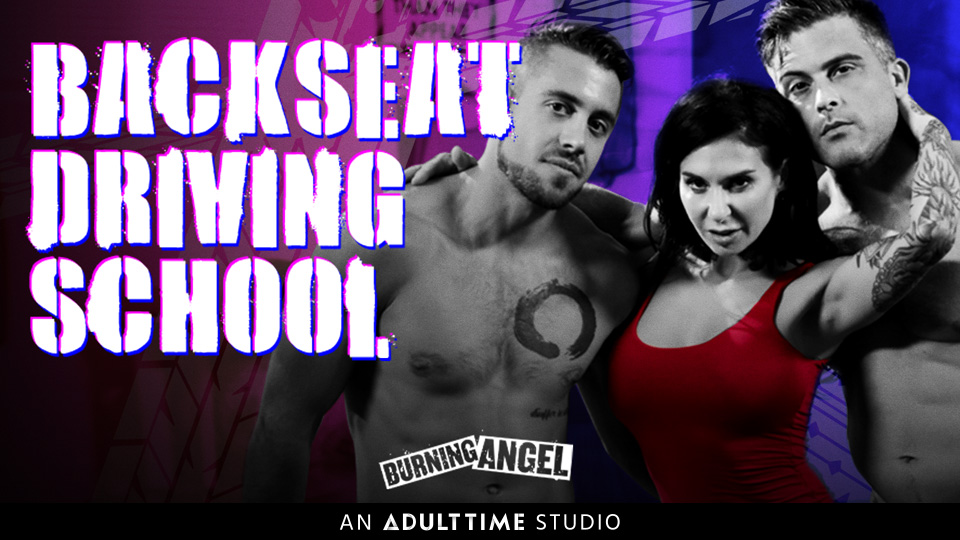