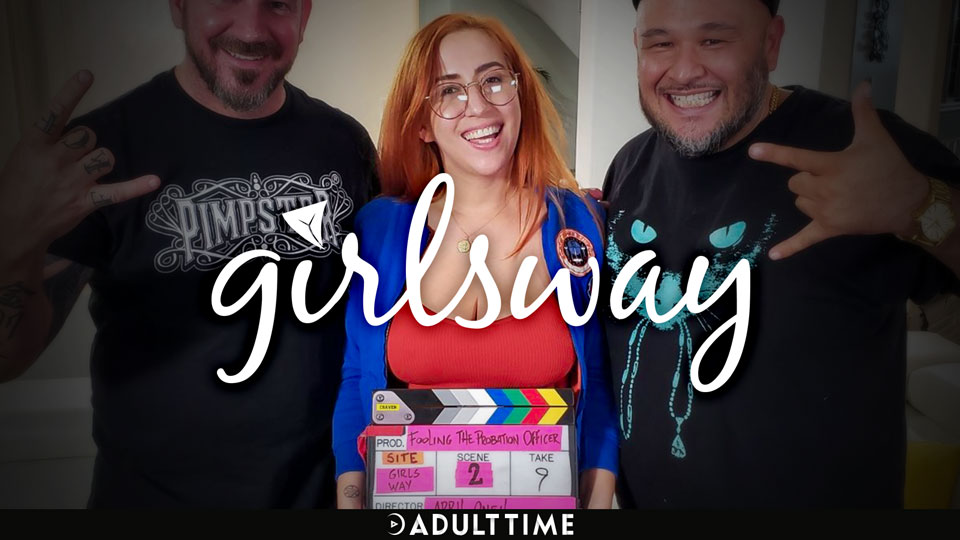 .
O’Neil is one of Girlsway’s top-selling performers, a consistent fan favorite since her WebYoung debut in 2014, Girls Got Game, toplining nearly 40 memorable scenes since. Bree Mills, the company’s Chief Creative Officer, believes that directing is a natural next step for the star.
.
“April has been an important part of the Girlsway family for many years now … as both an actress and one of our GOTY winners!” said Mills. “After seeing some of her other directing projects this year, I was very impressed and wanted to extend the opportunity for her to try her hand at Girlsway content.
.
“Her sense of humor, passion for girl-girl sex and overall positive vibes are a perfect fit for what our studio is all about, and I can’t wait for fans to see the results!”
.
“I’m so grateful to Girlsway for giving me the opportunity to bring my creative vision to their already amazing content,” said O’Neil. “I really enjoyed working with their excellent crew as well as some absolutely impeccable talent! I truly hope the viewers love what we’ve made!”
.
Learn more about new Girlsway director April O’Neil by following her on Twitter @undeux.
.
Follow Girlsway and Bree Mills at:
Twitter.com/girlswaynetwork
Twitter.com/TheBreeMills
Instagram.com/girlswaynetworkcom
.
ABOUT GIRLSWAY:
Launched in October of 2014, GIRLSWAY is a premier lesbian erotica studio operated by the Gamma Films Group, the production arm of award-winning adult company Gamma Entertainment and available on the Adult Time platform. Head of Production Bree Mills and her talented Girlsway team create original and addictive content that mixes both passionate lesbian sex with interesting characters and inter-connected storylines.
.
Appealing to both men and women, Girlsway has made their presence known both in and out of the industry and has become critically acclaimed for their style of filming, storyline based content, talented casting, and most of all, their engagement with their members. With their unique vision and breakthrough content, Girlsway is becoming porn’s most dominant lesbian network.
.
Video-on-demand viewing is also available at Gamelink, HotMovies, AEBN, and AdultDVDEmpire. DVDs are exclusively distributed by Girlfriends Films to all major online retailers and adult stores.
.

See More Adult films By Women Directors at Sssh.com.  Click Here To Check It Out!