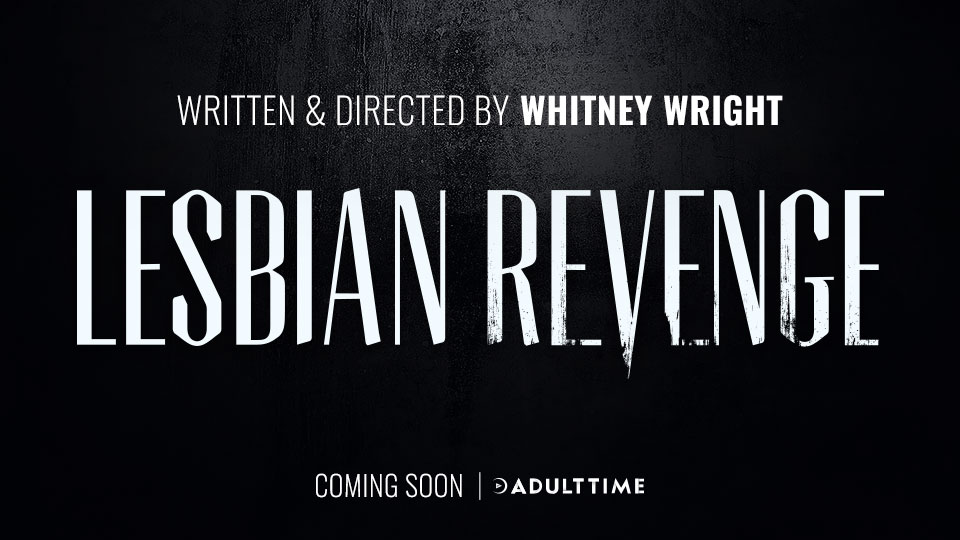 .
Following in Pure Taboo’s gritty dramatic footsteps, each episode in the anthology series will tackle lesbian taboo concepts and classic power dynamic stories that dare to explore the darker side of sexual pleasure.
.
“I’m absolutely honored to take on this amazing new series, and grateful that I was selected to direct each episode for Lesbian Revenge,” said Wright. “I’m excited to put my twist on these stories and work with the actresses to get an amazing series that I know both taboo and lesbian fans will love.”
.
The first season of Lesbian Revenge will consist of six episodes, with the premiere episode, ‘Parent Teacher Trap’, starring Alexis Fawx, Kendra James and Mackenzie Moss set for a July 2nd release.
.
“Whitney is already a fan favorite in front of the camera for both Pure Taboo and our lesbian audiences, so it was a natural fit to bring her in to helm this exciting new project,” said Bree Mills, Adult Time’s Chief Creative Officer and Executive Producer for the series. “We’re ready to see her take her already impressive directing credits to the next level by joining our roster of established adult filmmakers.”
.
Wright added, “People have been asking for a lesbian spinoff of Pure Taboo for so long, and that’s exactly what we’re going to give them with Lesbian Revenge!”
.
Follow Pure Taboo, Bree Mills and Whitney Wright on social media:
Puretaboo.com
Twitter.com/puretaboocom
Instagram.com/puretaboocom
Twitter.com/TheBreeMills
Twitter.com/whitneywrightx
.
ABOUT PURE TABOO:
Launched in September 2017, PureTaboo is the latest studio operated by the Gamma Films Group, the production arm of adult company Gamma Entertainment that’s available for streaming on the Adult Time platform. Helmed by XBIZ and AVN award-winning director Bree Mills and promoting the tagline ‘Some taboos are meant to be broken’, PureTaboo features the most popular and up-and-coming faces in adult today, challenging themselves to bring acting and sexual performances in a way viewers have never seen before.
.
Mills and the PureTaboo team are committed to taking taboo porn seriously, with storylines tackling society’s accepted – but most intriguing – sexual circumstances: inappropriate family relations, compulsions, teen virgin, sexual perversions and the hidden corners of the viewer’s psyche.
.
“We hope to leave you equally shocked and aroused,” says Mills. “After all, aren’t some taboos meant to be broken?”
.
Adulttime.com also offers a large selection of Wastleland.com movies, speaking of taboo!