Award-winning adult director/producer Bree Mills made quite a few new fans at the University of California, Santa Barbara (UCSB)’s as a featured guest speaker for the ‘Topics in Popular Culture: Pornography’ class this past week. 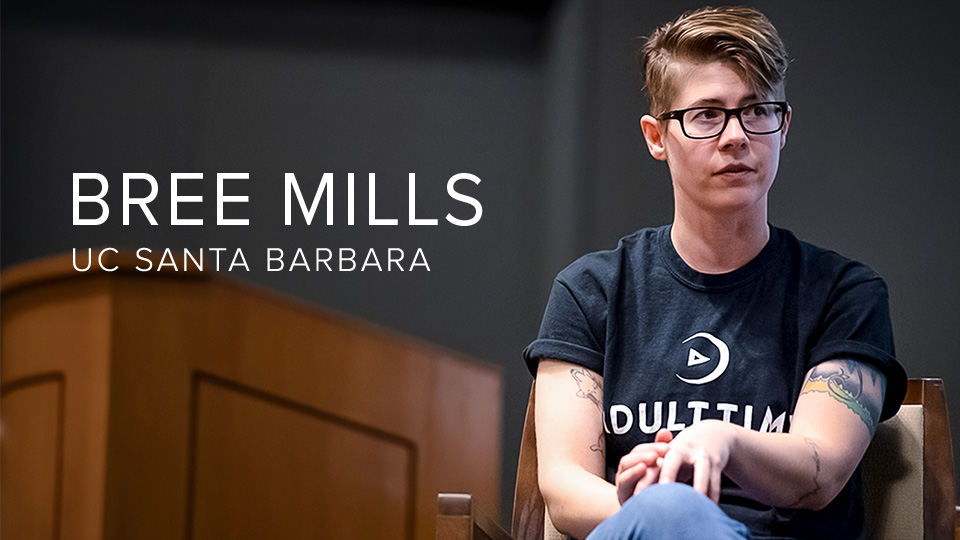 .
The Chief Creative Officer of new specialty streaming platform Adult Time was an invited guest of Professor Constance Penley’s Film and Media Studies Department again this year, fielding a variety of student questions after they had completed a research assignment detailing Mills’ erotic body of work.
.
Mills discussed topics such as how she got started in the business, current trends and fetishes, the future of porn, the importance of more female representation in adult filmmaking and the rise of plus-size performances, as evidenced by Mills’ high-profile – and wildly popular – masterworksThe Weight of Infidelity and new series The Shape of Beauty.
.
“It was such a pleasure to return to the Pollock Theatre for Professor Penley’s class this semester,” said Mills, who, at the conclusion of her lecture, surprised the class by offering everyone complimentary memberships to AdultTime.com – a move that elicited an overwhelmingly gleeful response from the students.
.
“It was such a bright group of inspired and engaged students that I was inspired to leave them all with a little ‘Adult Time’ before the session wrapped… you could call it my ‘Oprah moment’!”
.
To find out more about new specialty site Adult Time visit AdultTime.com and access the full library -over 60,000 scenes – of the network’s award-winning brands. Follow @Adulttimecom and @TheBreeMills on Twitter for the latest info and production news.