(Los Angeles, CA / October 26, 2018) – Joanna Angel is celebrating Halloween all week with three personal appearances in St. Louis (October 26-27) and Las Vegas (November 1).
The adult superstar will join forces with Aiden Ashley in St. Louis to kick off Scarlett’s Halloween Freak Show at Scarlett’s Cabaret, with their headlining dance performances starting at midnight both Friday and Saturday nights.
Angel will then head to Las Vegas for one-night Thursday, November 1st for a special meet & greet at Johnny Law’s LV Tattoo at 8-10pm, then afterwards she will hit the stage as the star attraction at Sapphire Las Vegas Gentlemen’s Club.
.
Joanna Angel is excited for the upcoming events! “It is the most wonderful time of the year! I’m really excited for these Halloween shows. Blood and gore and tattoos and stripping in very well-known cities of sin in different parts of the country. I can’t wait!” 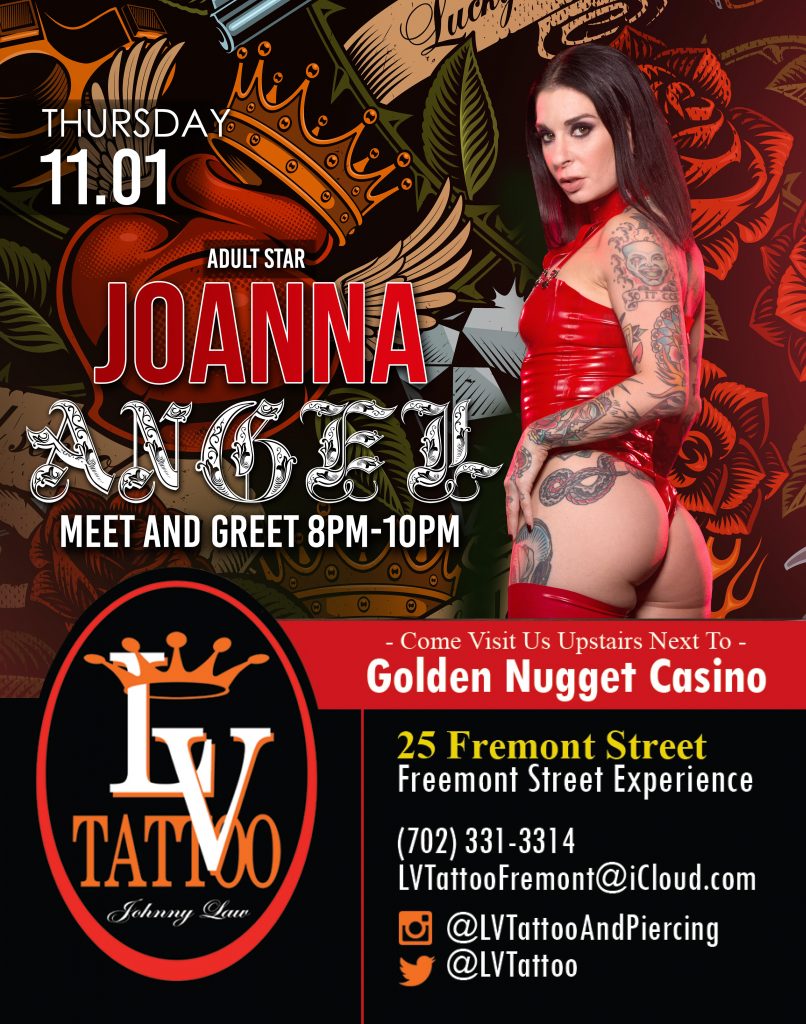