BurningAngel Entertainment is rocking out with its massage table out in Metal Massage, launching an official contest to coincide with the release, with details at BurningAngel.com.
Do you love metal and massages? Small Hands is looking to hire* an expert, zero experience necessary – in fact, it’s frowned upon. Post your application video with hashtag #hirememetalmassage on your Instagram explaining why you have what it takes. Air guitar is encouraged, but like, backup air guitar because we already have a frontman.  The final day for submission is Monday, August 20th.
*This is not a real job, it’s a contest, and the winner receives a Metal Massage employee welcome kit that includes: a one-year subscription to BurningAngel, an autographed copy of Metal Massage, a Metal Massage t-shirt, and a bottle of Doom’s Whiskey! So do your best to impress be sure to follow, tag your posts #hirememetalmassage, and DM us so we see it! MUST be 21 to enter!
Small Hands and Owen Gray play two failed rock stars running a massage parlor with a severe lack of experience in giving massages, while their mean landlord (Joanna Angel) is trying to kick them out for past-due rent. Will the Air Guitar Special save the shop, or will they be forced to conform to society’s massage standards of lame cucumber water and fluffy towels?
Angel’s slick new feature also introduces the BurningAngel debut of Angela White, a busty vision in a black fishnet bodysuit as she gets oiled up alongside Massage co-stars Romi Rain, Karlee Grey and Lucas Frost. 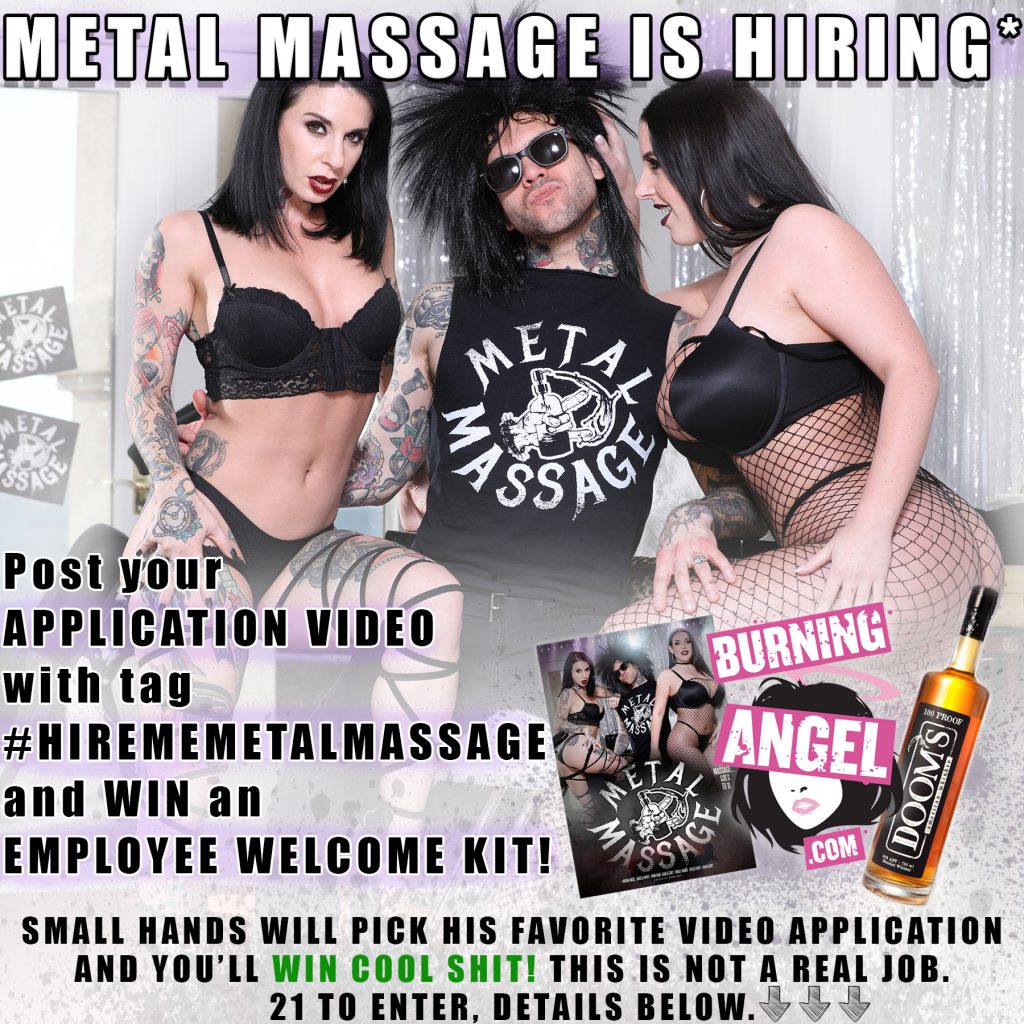