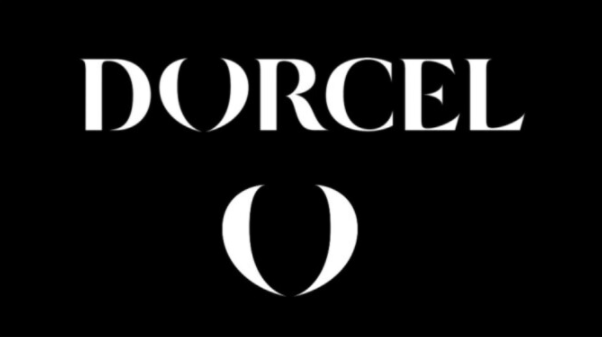 “Each sequence in this colorfully-directed all-sex opus unfolds with unhurried intimacy and a welcome emphasis on eye contact that finds the ladies breaking the fourth wall to engage the viewer at home,” teased a Dorcel rep.

As the action opens, “Clea retreats to a beautiful house in the mountains to seduce handsome Joss Lescaf,” the rep said. “This tryst, marked by an almost palpable chemistry from the leads, sets the stage for vigorous pairings and triads, including an all-girl daisy chain of desire featuring Clea, Lola Bellucci and Tiffany Leiddi that’s certain to be remembered next year during awards season.”

Under the direction of Fred Coppula, the rep added, “‘Contact’ weaves together many of the elements that have earned Dorcel critical success and robust sales over the years — exotic European locations, luscious ladies and high production values that imbue the project with an artfulness that never gets in the way of the hardcore fun, but is there if viewers want it. This production is an ideal introduction to the Dorcel elegant world of desire and abandon.”

U.S.-based publicist Daniel Metcalf noted the brand “continues to raise the bar with style and sophistication in the global adult entertainment space.”

“This purity of vision and commitment to quality is as evident in the studio’s innovative all-sex projects, like ‘Contact,’ as it is in their blockbuster features,” he added.

Co-directed by Seth Gamble and Bree Mills, who have worked together on many award-winning projects for Adult Time, the scene follows up on the original ‘Sex Addicts Anonymous’ with Gamble stepping back into the role of Robert, who after several years in recovery and leading meetings, is taking a long, hard look at himself with the help of co-star Charlotte Sins.
.
“It was an honor and privilege to co-direct this project with Bree Mills. Bree and I have had such an amazing working relationship over the years. Creating characters with her, the acting, and just the sheer respect and admiration I have for Bree, both as a person as well as a creative force, is incomparable,” said Gamble.
.
“She gave me one of my biggest roles, which earned me AVN & XBIZ Awards for Best Actor, so getting to sit down and go over the idea of bringing back a character from a very popular Pure Taboo episode was a joy. Collaborating and performing on this project was one of the most fun experiences I have had on set, and I think we created an amazing follow-up to the original story.
.
“We were fortunate enough to be able to cast Charlotte Sins, who was amazing and over-delivered when it came to her character. Exuding sexuality, which is what I love in anything I direct or perform in, I am so grateful we had Charlotte to play the role. I also want to thank the Anatomik crew for helping Bree and I bring our vision to life. I think this is an episode you don’t want to miss!”
.
“Working with Seth in this collaborative way was a fantastic experience and it also marked my first time working with Charlotte, who I have since cast in several more projects!  An all around fantastic day at Pure Taboo!”  Added Mills, who also serves as Chief Creative Officer for Adult Time.
.
Adult Time members can find ‘Sex Addicts Anonymous: Relapse’ at PureTaboo.com and AdultTime.com, as well as access the full library – more than 57,000 premium scenes, 300 channels and 8 new releases per day – of the Adult Time network’s award-winning brands.
.
About Pure Taboo:
Launched in September 2017, Pure Taboo is the leading taboo erotica studio in adult, including over 200 featurette episodes available on the Adult Time platform.  Created by award-winning filmmaker Bree Mills and promoting the tagline ‘some taboos are meant to be broken’, Pure Taboo features the most popular and up-and-coming performers in adult today, challenging themselves to bring acting and sexual performances in a way viewers have never seen before.
.
About Adult Time:
Launched in 2018, Adult Time is a streaming service exclusively for adults.  Created by award-winning filmmaker Bree Mills, who also serves as Chief Creative Officer, Adult Time is a platform built by fans who believe in a future where mature audiences can safely, securely, and proudly have a place in their lineup for premium adult content.
.
Dubbed the ‘Netflix of Porn’ by mainstream media outlets, Adult Time offers an extensive catalog of more than 300 channels, 57,000 episodes and 8 new releases per day from some of the most recognized studios, including Girlsway, Pure Taboo, Burning Angel, Fantasy Massage, 21 Sextury, and Vivid Entertainment, alongside exclusive original series, feature films, and much more.
.
For more information, please visit:
http://www.puretaboo.com
http://www.adulttime.com
.
Follow on Twitter & Instagram:
@puretaboocom
@adulttimecom
@thebreemills