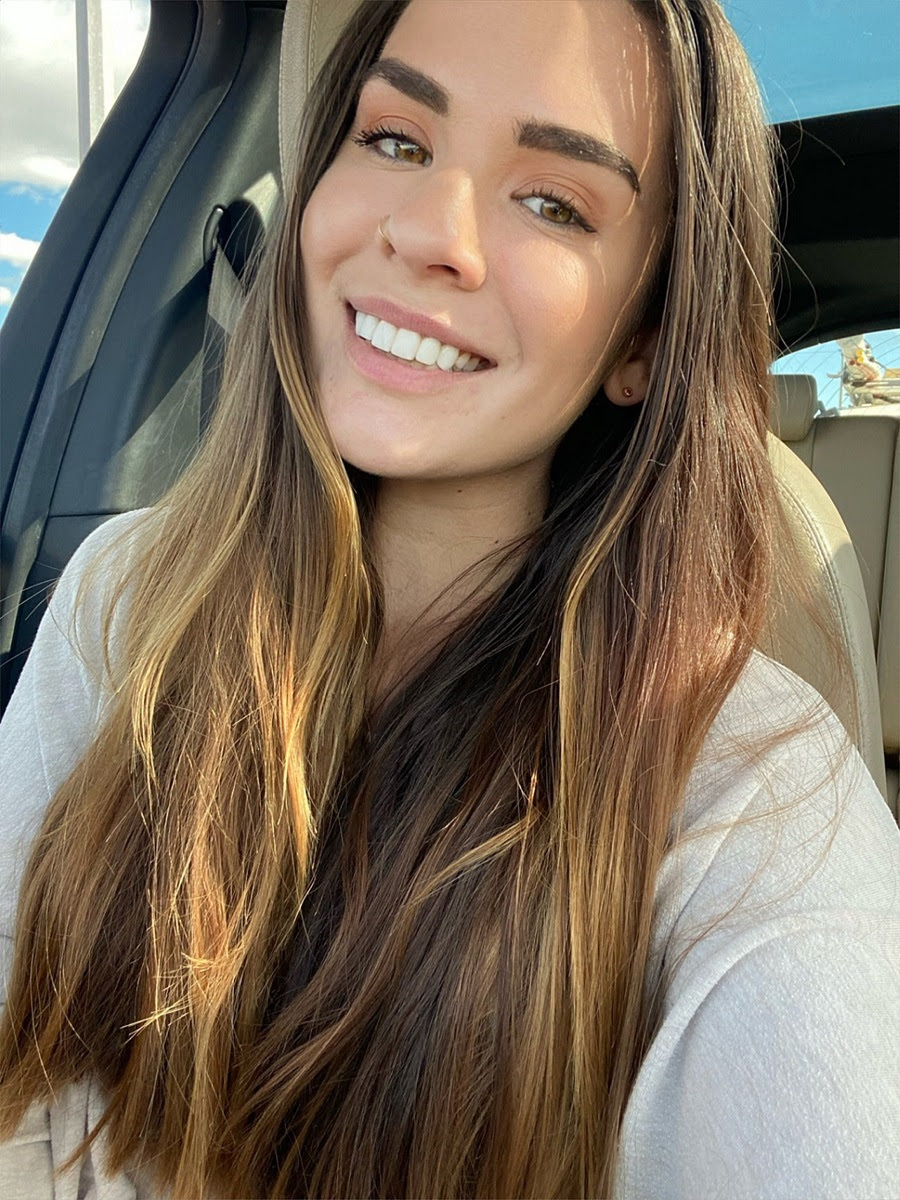 (Perth, WA / July 21, 2022) — Lucy Banks may be one of Australia’s more popular media personalities, but recently, the Perth-based single mum of two made a surprising discovery… she’s apparently a viral sensation in Chile as well!The model, content creator and OnlyFans megastar, on the heels of her tabloid fame in the US, UK and Australia, has been making the rounds as an online curiosity in mainstream papers across Chile, including Meganoticias, Metropolitan and Cooperativa, as well as La Rosca in Argentina and SDPNoticias in Mexico..
.

“After suddenly finding myself flooded with thousands of new Instagram followers from Chile, I did some digging to find out what was going on!” said Banks of her newfound notoriety and expanded fan base. “I don’t know what to say except Thank You, and maybe it’s time to plan a trip to Santiago soon!”Banks’ articles, which seemingly were pulled from UK papers such as Daily Star and Daily Mail and packed with sexy photos alongside provocative text proclaiming, “Mother Earns 66 Million Pesos a Month on OnlyFans!”, somehow brought her an avalanche of attention… not that she’s complaining.“Articles about me have been going around in different media outlets over the past few months and I get more followers here and there for sure, but wow Chile, you guys have gone above and beyond!” she added, joking, “judging from the unbelievably warm welcome I received, I can’t even imagine what the enthusiasm of your Chilean football fans must be like!”

To learn more about Lucy Banks, find and follow her at:

LucyBanks.com.au
OnlyFans.com/itslucybanks
Twitter.com/itslucybanks
Fansly.com/itslucybanks
Instagram.com/itsnotlucybanks
TikTok.com/@itsnotlucybanks
.
ABOUT LUCY BANKS:
Lucy Banks, a rising independent content creator based in Perth, Australia, never saw herself as an online entertainer catering to the deepest desires of strangers, but in 2019, after years of a day-in, day-out existence in an unfulfilling marriage and middling job in the banking industry, she decided to ditch both and take the unusual step of signing up as a model on OnlyFans.
.
Less than three years later, the brunette beauty with an infectious smile and adventurous spirit has achieved staggering success on the adult social platform; she currently boasts more than 3,700 subscribers and earnings of up to $2,500 per day, thanks to her tireless work ethic and motivation to provide a more comfortable life for her and her two young children.
.
“The pandemic ushered in a virtual world that more of us are living in every day, whether out of necessity, entertainment, or the thrill of meeting new people and creating an exciting online experience. For me, it’s about freedom: having the time to be there for my family and being able to buy a home, necessities and fun stuff for my kids without worrying about how much money is in the bank. There are pros and cons to every career, but at this point in my life, this is what’s most important to me… and I’m loving every minute of it!” 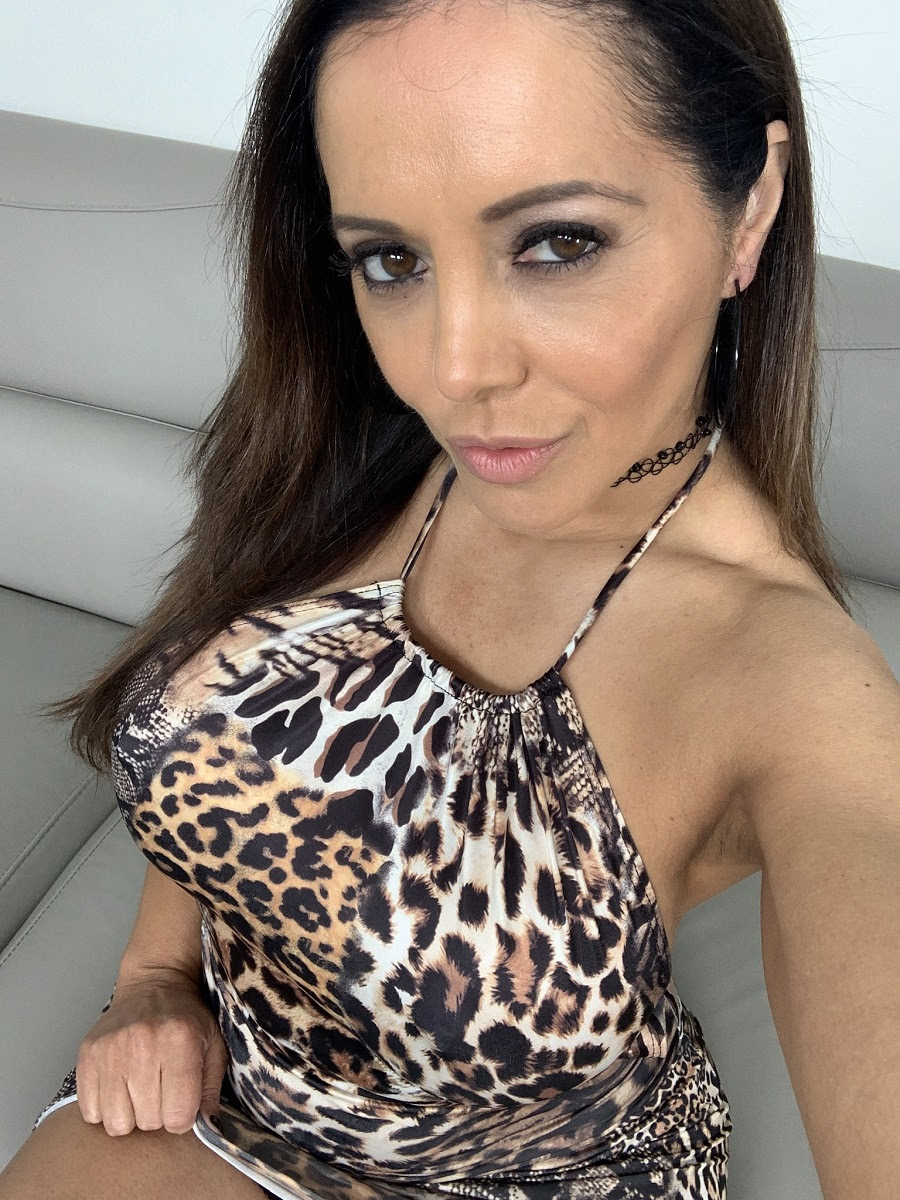 ** As a cougar on the prowl seducing young stud David Lee
** A three-way at a swingers’ sex party, co-starring Kristina Rose

“What I love most about shooting OnlyFans content is having the opportunity to create new onscreen moments that are more off-the-cuff, uninhibited and ‘free-wheeling’, as opposed to the more scripted scenes that we produce with our studio films,” said Lé of the new scenes.

“I am so excited to introduce these new scenes that showcase our talents in a more open and unrestrained manner, where we just kind of go with the flow and see where the energy takes us. I hope that my OnlyFans subscribers will enjoy these new scenes as much as we enjoyed making them!”

Mark Wood, the multi-talented performer, director and studio boss behind adult production brands LeWood and Smut Factor with his professional partner (and wife) Francesca Lé, owes his storied and successful career to not only years of hard work, but also finding himself in just the right place at just the right time.
.
Arriving in Los Angeles to earn his MBA in graduate school, Wood indulged his in creative side by playing in a rock band around Hollywood while looking for ways to make money. In 1998, he answered an ad for internet modeling and shot his first porn scene for independent studio Mike Hott Video, which led to roles in scenes for Pleasure Productions, Heatwave, Coast to Coast, Rain Productions and Tight Ends.
.
Two years later, Wood expanded his talents to include directing for Devil’s Film, Visual Images and Legend Video, while also continuing to work as a performer. In 2001, he met his future wife Lé while shooting for Extreme Associates (they married in Las Vegas three months later), which led to the pair launching LeWood Productions in 2002 through JM Productions, then EXP/Juicy. In 2010 Wood was inducted into AVN’s Hall of Fame (as well as XRCO’s 2014 Hall of Fame) and in 2012 LeWood inked a deal with Evil Angel to distribute their films, where they remain today. The duo has since shot well more than 300 LeWood titles and counting, and in 2022 they formed a new studio, Smut Factor, in partnership with Adult Empire Cash. In May 4, 2022, Lé and Wood will celebrate their 21st wedding anniversary.
.
ABOUT FRANCESCA LÉ:
Francesca Lé is an anomaly in the superficial, come-and-go business of adult entertainment. After more than 30 years in front of and behind the camera, the Los Angeles born & bred superstar is still very much at the top of her game.
.
The model, actress, producer, entrepreneur and co-owner (with her husband of 21 years, Mark Wood) of adult film production brands LeWood and Smut Factor is still as spirited, creative and drop-dead gorgeous as she was when she made her onscreen debut in 1990, and she continues to pay it forward by showcasing new talent as a reassuring mentor and producer of quality films that highlight and support the ever-changing face – and faces – of the industry.
.
Restless and curious by nature, Lé, who retired in 1994 after burning out on a non-stop schedule, took the opportunity to indulge in other aspects of the business by working as a dancer, sales executive and fetish producer. Upon meeting Wood in 2000, who shared similar interests and ambitions as a director and filmmaker, they pooled their talents and launched LeWood in 2002 as a means of more fully exploring their creativity and freedom together.
.
In 2022, the pair’s creative exploration continues with Smut Factor. The new studio and website, ‘an erotic look into the lifestyle of Francesca Lé and Mark Wood’, is taking them in different artistic directions than with LeWood, mixing different styles and ideas within a broader range that feels more personal. For Lé, an AVN, XRCO and Urban X Hall of Famer with a wealth of experience and skills that now afford her the ability to enjoy the fruits of her labor, she’s having the time of her life. “If I’m not having fun, then I don’t want to do it!” 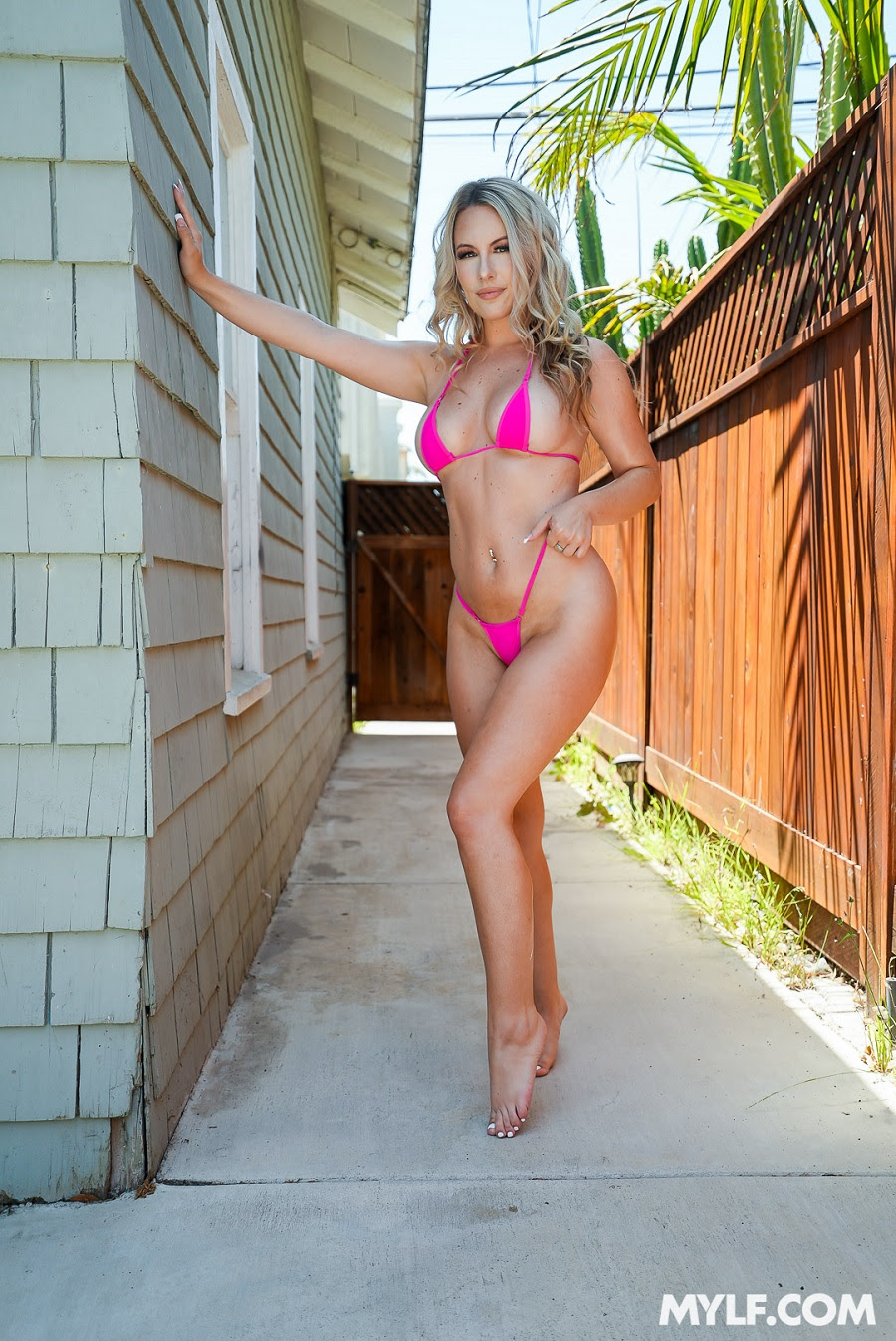 (Los Angeles, CA / July 15, 2022) — Can one ever get enough MILFs, especially the scantily-clad, super-sexy MILFs that take center stage in insatiable all-star romps exclusively for MYLF.com members? The answer, of course, is NO… so come aboard, we’ve been expecting you!
.

Got Mylf turns the spotlight on Bunny Madison, who sits for an interview in a hot pink bikini, gives the fans a solo show on the kitchen floor and welcomes Charles Dera over for some afternoon delight in “Showing Her Wild Side”

Mom Swap gets sweaty with Ophelia Kaan and Emmy Demure, who enlist the help of their step-sons  (Rion King, David Lee) for a high-energy workout in “Sexercise Routine”

Bad MILFs takes Anna Claire Clouds to a surprising family reunion when she introduces her step-mom (Casca Akashova) to her step-uncle (Nicky Rebel) for the first time… but they already know each other, and know each other really well in “Bonding with the Fam”

The MYLF Network offers more than 65 premium network series, featuring the most enticing MILFs on the planet – plus a stunning selection of 650+ models and 2160+ movies shot in Full HD and 4K Ultra HD quality. From lighthearted comedies to taboo family relations themes, the hot moms are all HERE!